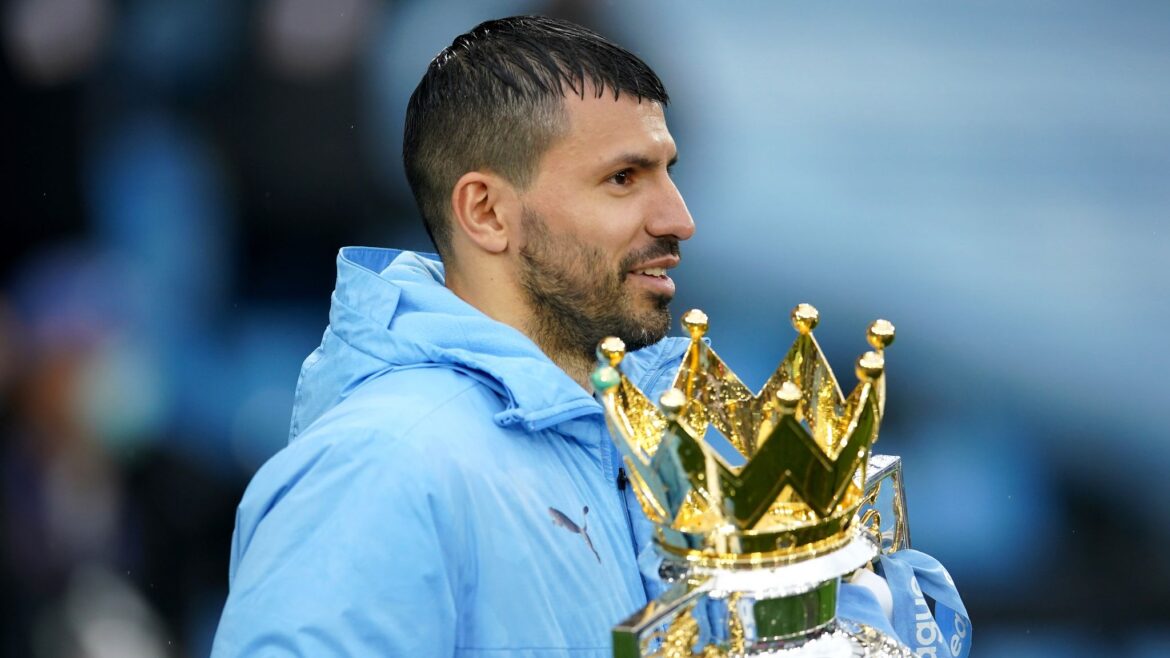 Sergio Aguero is close to joining Barcelona next season, according to Manchester City boss Pep Guardiola.

Aguero, 32, will leave Etihad Stadium when his contract expires this summer after scoring 260 goals in 389 games for the club.

“Maybe I reveal a secret,” Guardiola told the BBC’s Match of the Day. “Maybe he is close to agreeing a deal for the club of my heart – for Barcelona.

“He is going to be playing alongside the best player of all time, Messi.”

Guardiola added: “I’m pretty sure he is going to enjoy. And maybe Barcelona are stronger and stronger with him on the pitch.”

Aguero marked his final appearance at Etihad Stadium with two goals as the new Premier League champions ended their domestic campaign with a thumping win over Everton.

“Sergio is a special person. It was a perfect game and a fairy tale moment, so good for him,” an emotional Guardiola said after the game.