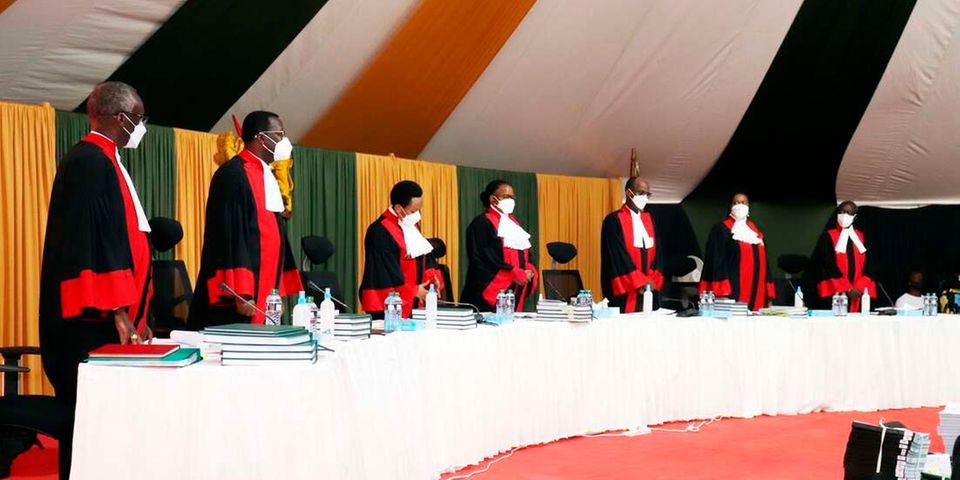 After Supreme Court judges decided against it, the Building Bridges Initiatives failed. The seven-judge panel issued its decision on Thursday. The BBI Amendment Bill was deemed invalid by the Supreme Court.

Six of the seven judges agreed that the President cannot spearhead a popular effort to change the Constitution.

“In Kenya, the Basic Structure Doctrine does not apply. The four consecutive stages are not required to modify the Kenyan Constitution of 2010 “Koome said.

chief Justice Martha Koome on Thursday, March 31 ruled that public participation was inadequate during the roll-out of BBI changes in regard to boundaries delimitation.

She said, in her verdict, that the constitutional amendment process, in this regard, wasn’t satisfactory.

The Chief Justice also ruled that President Kenyatta overstepped his mandate when he initiated changes to the Constitution through the popular initiative route.

Below is a summary of the CJ’s verdict on the different contentious issues, which ended in the vicious Supreme Court battle:

High Court and Court of Appeal erred by “finding fourth Judiciary-created pathway for amending the Constitution”; said applicability of basic structure doctrine should be flexible.

“I find it difficult to justify this Judiciary-created fourth pathway of amending the Constitution founded on the basic structure doctrine. There was no justification provided to demonstrate the lacuna in the Constitution.

“Tiered design of Constitutional amendment process is one of the design options used to curb the process of hyper-amendment. Applicability of basic structure doctrine depends on context.  The most important contextual consideration is the balance between flexibility and rigidity of the amendment process.”

BBI proponents overstepped their mandate by allocating and apportioning 70 new constituencies;  held that only IEBC has the power to do so.

“Directly allocating and apportioning constituencies usurps the mandate of IEBC, an independent constitutional Commission, [and in essence], removing the possibility of Judicial review of the delimitation.

“Delimitation of constituencies must be accompanied by a process that is fair and just.”

President Uhuru Kenyatta did not have the right to use the popular initiative route to initiate changes to the Constitution; stated that the option, which is available only to mwananchi, excludes Legislature and Executive.

“He also received the official reports through a State function as president. As a result, it cannot be disputed that the president was involved in the initiation of the Amendment Bill.”