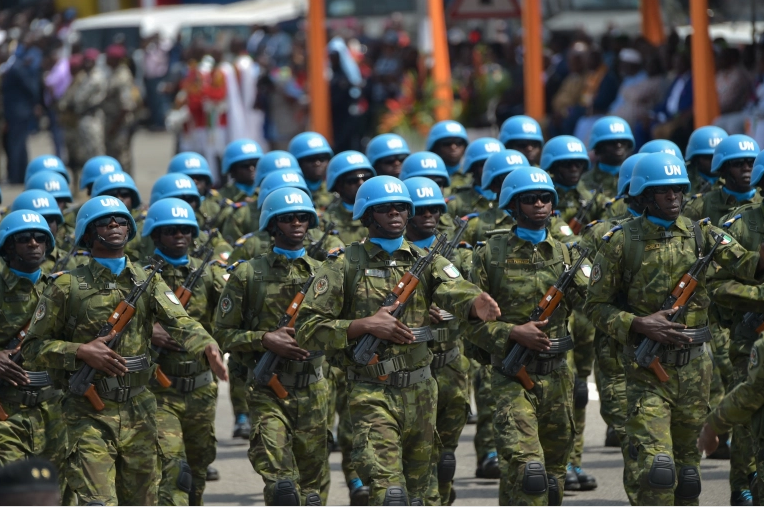 The UN says a car bomb targeted a temporary peacekeeper base near Tarkint in the northeastern region of Gao.

At least 13 United Nations peacekeepers have been wounded in a car bomb attack in northern Mali, the UN and the German government said, in the latest attack in the war-torn Sahel state.

The UN’s peacekeeping mission in Mali, MINUSMA, said on Twitter on Friday that the wounded soldiers were evacuated following the incident earlier in the day that targeted a temporary base near Tarkint in the northeastern region of Gao.

A UN mission spokesperson later said 12 of the wounded were German and one was Belgian. The mission had earlier said that 15 peacekeepers were wounded but revised that number downward.

In a public statement, German Defence Minister Annegret Kramp-Karrenbauer also said that 12 of the peacekeepers were German, and that three were seriously injured.

Two of the three were in stable condition, she said, while one has undergone surgery. All of the wounded have been evacuated by helicopter, Kramp-Karrenbauer added.

The Belgian defence ministry also said in a statement on Friday that the attack had injured a Belgian soldier, who received medical attention at the site before being evacuated.

A security official, who declined to be identified, told AFP news agency that the attacked base was set up the previous day only, after a landmine damaged a UN vehicle in the area. The peacekeepers set up the temporary base in order to remove the damaged vehicle, the security official said.

The attack on Friday was swiftly condemned by El-Ghassim Wane, the UN secretary-general’s special representative for Mali.

“Nothing will undermine our determination to accompany Mali in the quest for peace,” he said on Twitter.

So far, no one has claimed responsibility for the attack.

About 13,000 soldiers from several nations are deployed in the MINUSMA peacekeeping mission across the vast semi-arid country to help contain spiralling violence that continues since 2012.

MINUSMA is regarded as one of the deadliest missions in UN peacekeeping history. More than 130 of its personnel have been killed since July 2013, including six this year, according to UN statistics.

In early April, four UN peacekeepers were killed and several others wounded after fighters attacked their base in the northern town of Aguelhok.

On Monday, six French soldiers and four civilians were wounded when a car bomb detonated near a French armoured car in central Mali.

Violence in Mali is largely the result of fighting between state forces and armed groups linked to ISIL (ISIS) and al-Qaeda which has sparked a serious humanitarian crisis claiming thousands of military and civilian lives.

Almost 7,000 people died in Mali due to the worsening fighting last year, according to data by the Armed Conflict and Location Event Data Project. In late January, the UN warned the “unrelenting violence” had internally displaced more than two million people in the country, up from 490,000 at the start of 2019.

The insecurity has spread across the Sahel into Burkina Faso and Niger – which, together with Mali form the “tri-border” region – with groups exploiting the poverty of marginalised communities and inflaming tensions between ethnic groups.