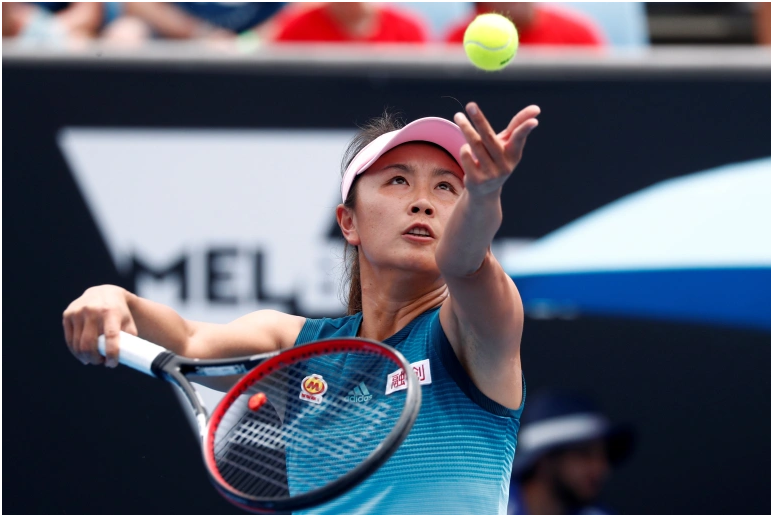 Peng Shuai’s post on Weibo has been removed and her account shut down after the latest #MeToo allegations.

A Chinese tennis star has accused a former top government official of sexual assault, amid attempts to squelch a growing #MeToo movement.

Peng Shuai, a 35-year-old former tennis star, has accused a 75-year-old former vice premier and member of the ruling Communist Party’s, Zhang Gaoli, of sexually assaulting her following a round of tennis in Beijing three years ago.

The allegations were posted on Weibo, a leading Chinese social media platform, on Tuesday night and removed soon after. A search on Weibo for Peng’s account now turns up no results.

Wang Wenbin, spokesman of the Chinese Foreign Ministry, refused to answer questions on the matter during a news conference on Wednesday. “I haven’t heard of it and this isn’t a question about diplomacy,” The Associated Press news agency reported.

The former tennis champion, who competed in Grand Slams at Wimbledon in 2013 and the French Open in 2014, said in her post that she had no evidence to back up her claims.

The anti-sexual harassment #MeToo movement first came to prominence in China in 2018, when allegations against a professor at a Beijing university were published on social media.

In one of the highest-profile incidents, JD.com Inc founder Richard Liu was arrested in the United States in 2018 and accused of raping a 21-year-old female Chinese undergraduate, though prosecutors there subsequently decided not to press charges against the billionaire.

High-profile #MeToo cases involving celebrities have also highlighted a lack of transparency and a stone-footed initial response by police.

The outing of Canadian-Chinese actor Kris Wu in July over alleged rape, and his arrest later, as well as the loss of a sexual harassment court case in September by Zhou Xiaoxuan against well-known CCTV broadcaster Zhu Jun have been cited as two cases in point.