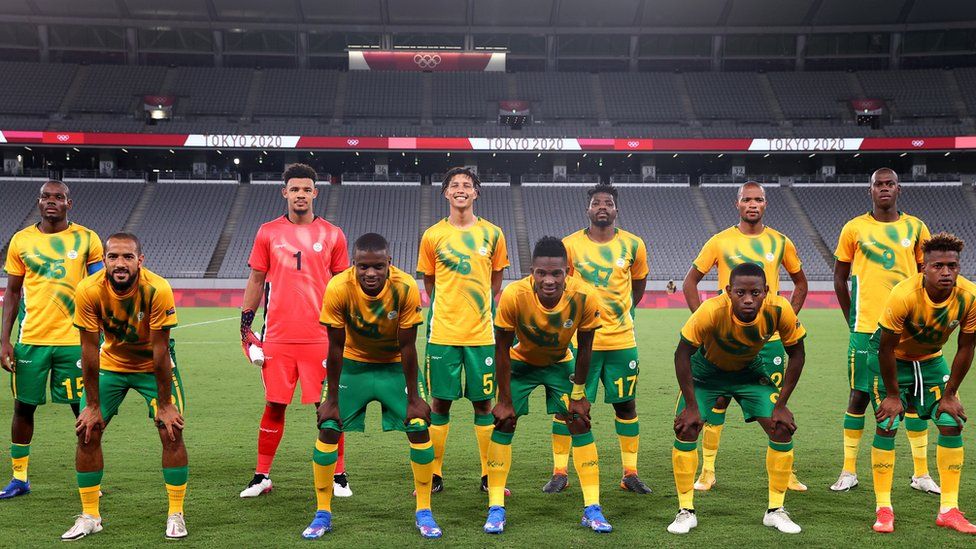 South African football fans who are vaccinated can get free entry to watch the national team play Ethiopia in a World Cup qualifier next month, the country’s football association says.

Its head Danny Jordaan said the deal would apply to half the tickets.

It is subject to an agreement with the government and depends on how many fans show up, according to the News24 site.

The government is concerned about growing anti-vaccine sentiment in the country.

Only 10 million people have been inoculated against Covid-19, and the government says this needs to reach 40 million for population immunity.

After a slow start to its vaccine roll-out, South Africa does now have enough doses for any adult who wants a jab.

More than 80,000 people have died with Covid-19 in South Africa, more than any other country on the continent.

Local media quotes Mr. Jordaan alluding to the mass crowds pictured at the Euro 2020 matches in June and July.

“When you look at what happens in Europe, why is it that Euro finals can have over 60,000 people in the stadium, can have fans celebrating before, during, and after the match?”

Mr. Jordan had a clear message for fans who don’t want the vaccine, according to News24.

“It’s very clear that, if you’re unvaccinated, you can’t come to the stadium.”

The country’s Deputy President David Mabuza said the sports and arts industry needed audiences to function properly and “contribute meaningfully to the economy”.

He said the goal of the campaign was to encourage more people to get jabbed so they can attend large-scale events.

It is not yet clear which other events will be included in the initiative.

Anti-vaccine rumors and conspiracies have been spreading in South Africa, including false theories that the Covid-19 vaccine is a Western plot to reduce Africa’s population size.