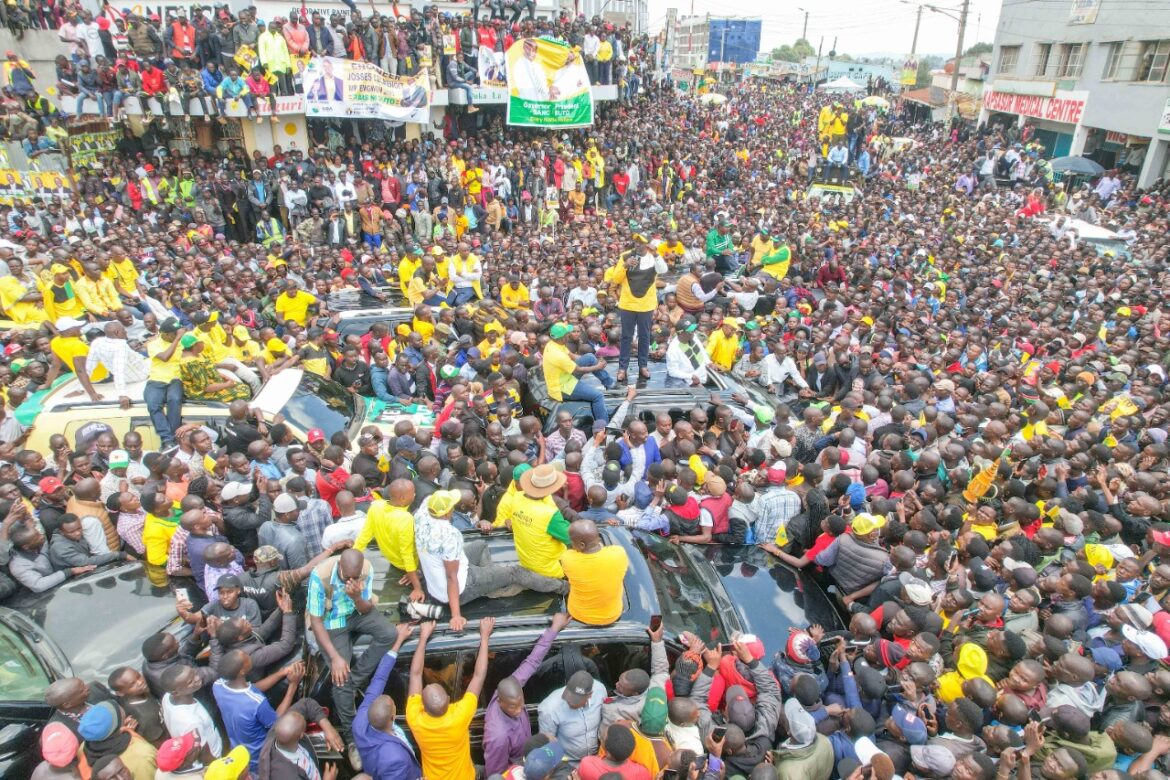 With only 10 days to the August general elections, the political arena has become the battle for the tough and now Deputy William Ruto is not in the mood for to be shut down by his boss President Uhuru Kenyatta.

On Friday 29th August, the Kenya Kwanza brigade led by William Ruto took their campaign to Kapsabet, Nandi County where he called out his boss over the alleged threats meted out by the state to the proponents of the Kenya Kwanza and asked him to concentrate on his project, Raila.

“You can’t threaten us, concentrate on your project Raila,” he said.

William Ruto and President Uhuru Kenyatta have been in a dispute ever since the handshake but started being more intense ever since Uhuru Kenyatta openly drummed up support for Raila in Samburu County where he issued additional title deeds to Samburu pastoralists ahead of his retirement.

During the campaign, Ruto suggested that Uhuru ascended to power through the support of many Kenyans and that the government is not a one-man entity to be used to threaten those with dissenting views.

“I supported you when you needed a man to support you, ”Ruto reminded Uhuru of his endless support during the 2017 campaigns and asked him to continue drumming up support for Raila and leave him alone.