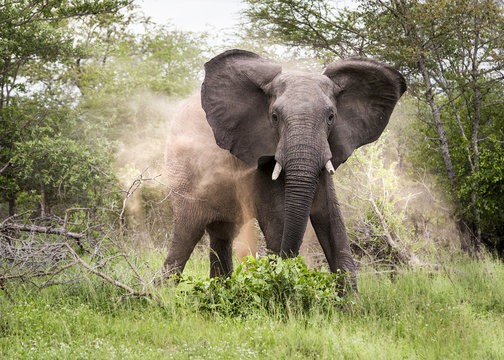 Residents of Sirare, Laikipia West today held demonstrations following the tragic incident of elephants killing a man. The victim, Githua Waweru Kamoche had left his home early in the morning in company of other men to drive the elephants that had strayed out of the nearby marmanet forest and invaded their farms. Residents held demonstrations after the incident echoing laxity by KWS officers over frequent invasion by elephants to their farms. Nyandarua KWS Senior game warden Gabriel Kioo expressed regret over the unfortunate incident he also stated that KWS would work with the family to ensure they received justice and urged members of the public to remain calm as they looked into the matter.
Share
Facebook Twitter Pinterest Linkedin