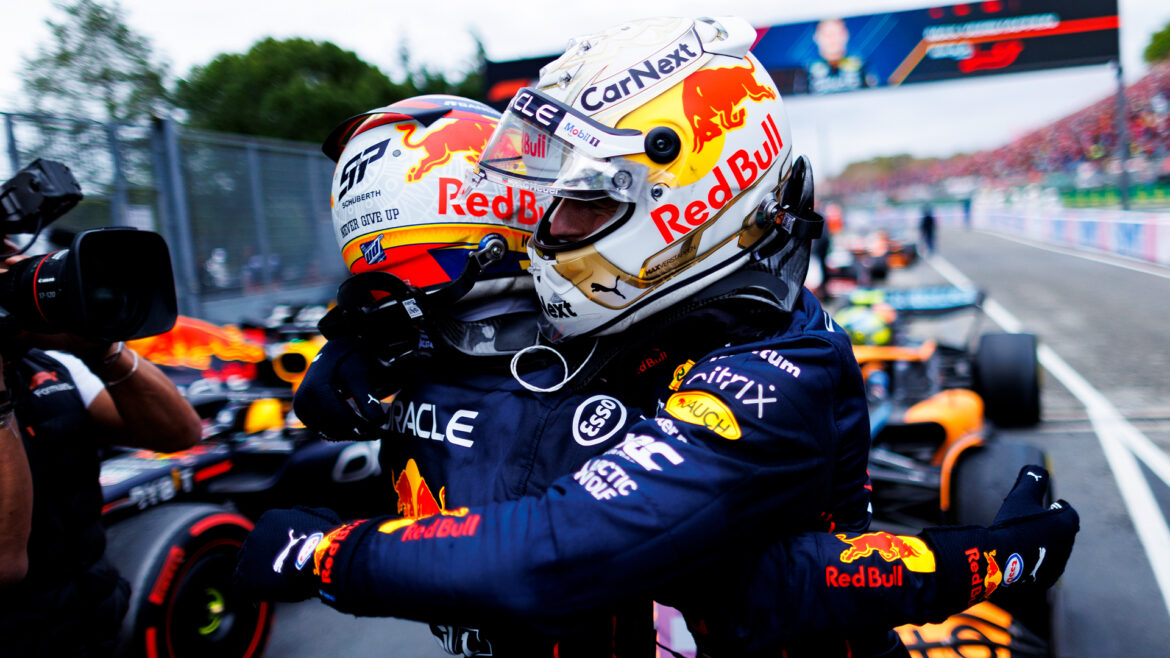 Max Verstappen cruised to victory at the Emilia Romagna Grand Prix to cut Charles Leclerc’s championship lead after the Ferrari driver threw away a podium finish with a costly late spin at Imola.

Sergio Perez finished second to seal a Red Bull one-two, but only after Leclerc made a late pit stop for soft tyres in an attempt to catch him. The move backfired, however, with the championship leader spinning off with 10 laps of the race remaining.

Leclerc was able to recover to salvage 6th place, but it sealed a nightmare weekend for Ferrari at their home race in Italy after Carlos Sainz retired on the opening lap following a bump from Daniel Ricciardo.

Lewis Hamilton’s struggles continued as he finished in a lowly 14th place and his miserable weekend was completed after being lapped by last season’s title rival Verstappen.

The victory is Verstappen’s second of the season, to go along with two retirements, as Red Bull responded to their reliability issues with a dominant performance in a race that started in wet conditions.

And a fastest lap completed a perfect weekend for the defending champion to cut Leclerc’s lead at the top of the standings to 27 points. Lando Norris completed the podium and George Russell finished fourth with a commendable drive in the struggling Mercedes.