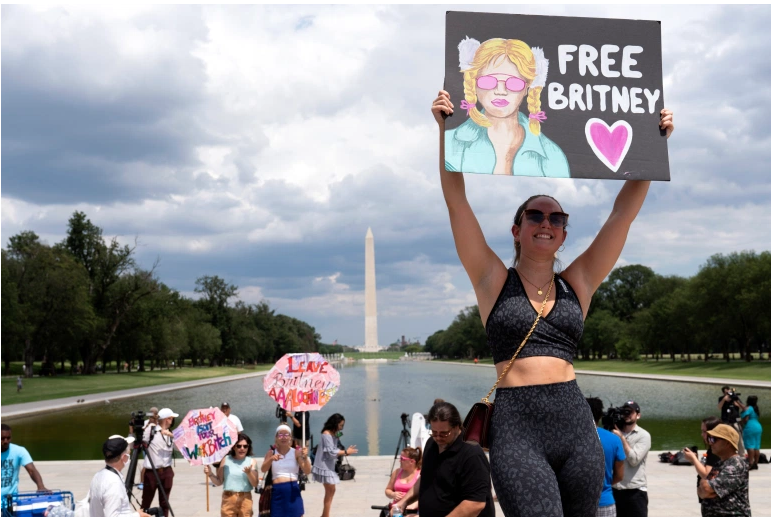 The legal arrangement prevents the international superstar from managing her business and financial affairs.

The father of international pop star Britney Spears has asked a Los Angeles court to end a 13-year conservatorship that prohibits the singer from governing her own personal and business affairs.

In a suprise development on Tuesday, Jamie Spears, who set up the court-sanctioned arrangement in 2008, said in a court filing that he believed the judge should “now seriously consider whether this conservatorship is no longer required”.

The arrangement has been increasingly scrutinised as Britney Spears, 39, has sought for months to have her father removed as the overseer of her $60 million estate. She told the court in June the arrangement was “abusive, embarrassing and humiliating”, and included her being prohibited from removing an intra-uterine contraceptive device (IUD) to become pregnant.

The filing comes after Jamie Spears said for the first time last month that he was willing to step down as conservator. Britney Spears also has a second guardian in charge of her personal and medical affairs.

However, Tuesday’s petition went further, asking the court to end the conservatorship entirely.

“Ms Spears has recently demonstrated a level of independence that calls into question whether a conservator of the person is required,” the filing said, citing the singer’s hiring a lawyer of her own choosing and driving alone again.

The decision to end the conservatorship rests with Los Angeles judge Brenda Penny. The matter is due to be discussed at a hearing on September 29.

Britney Spears, who shot to international fame as a teenager in the early 2000s, was placed under the conservatorship after suffering a public mental health breakdown. The nature of her mental health issues has never been revealed.

In late 2009, she returned to performing, recording several more albums, and going on sell-out world tours until her last performance in late 2018.

The singer has said she will not perform again while her father has control of her career.

Spears’s prolific output helped spark a grassroots movement dubbed #FreeBritney that has continued to question the singer’s need for the conservator.

The attention has prompted advocates to call for wider reforms in court-mandated conservatorships, which critics say can be poorly regulated and exploitative.