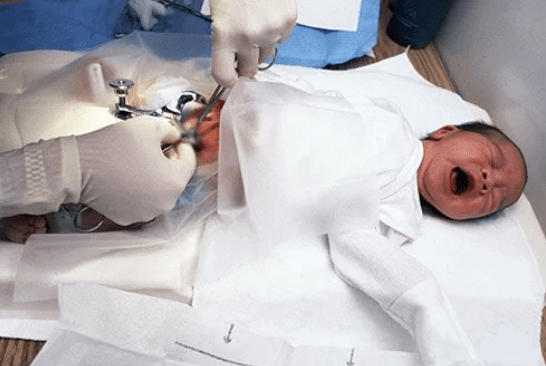 Doctor Ken Nyanusi from Aga khan University Hospital, says that urethral fistula, is an abnormal hole between the urinary passage (urethra) and the surface of the skin.

This means the urine stream passes either partially or entirely through that hole rather than the normal urethral opening at the tip of the penis and in younger boys it is caused by poorly done circumcision.

“This urine leak is embarrassing to the patient and unsanitary. It is likely to lead to serious infections in the urinary tract, damaging body organs and tissue unless attended to with speed and efficiency” he continued.

Last year, the US President’s Emergency Plan for Aids Relief (Pepfar), the main donor to HIV in Kenya, suspended the circumcision of boys aged under 15, due to safety concerns. This followed an investigation which found 36 boys and infants had lost their manhood in the 15 African countries implementing the project, Kenya being among them.

A new investigation identified 41 known cases of fistula mainly blamed on poorly done circumcision. All but one of the 41 cases happened in boys under 15 years and consequently, the ban by Pepfar was upheld.

While penile fistula can be caused by several factors including birth defects, he says cases recorded in younger boys now are mostly due to poorly handled circumcision.

“This complication is often attributed to untrained personnel with poor surgical technique,” explains Doctor Ken, “with thinner tissue between the urethra and skin, the young patients are more prone to urethral injury and require appropriate devices.”

The US-supported male circumcision programme as an HIV prevention strategy was introduced in 15 African countries including Kenya in 2008. By 2019 almost 15 million operations had been achieved in the participating countries with about 1.7 million in Kenya.

The investigation found circumcisers cutting corners, recruiting underage children, bribing them, engaging unqualified staff, and even inadequate stitching of the boys. The craze to recruit as many clients as possible has been blamed on steep targets set by the donor with the amount of funding dependent on the number of cuts.

Doctor ken recommended that the client be immediately referred for further care to a specialist with expertise in urethral surgery and fistula repair. This will often be a urologist.

The decision by Pepfar to up the circumcision age contradicts Kenya‘s strategy, which targets including all males from infants, children, adolescents to adults. The Kenya medical male circumcision policy 2018-2020 prioritizes inclusion of early adolescent boys (10–14 years) and early infant male circumcision.

But the Todd report advises the best thing is to wait until the young ones have aged out of the high-risk groups. This will ensure they still get protected against HIV as well as a potentially disastrous circumcision.