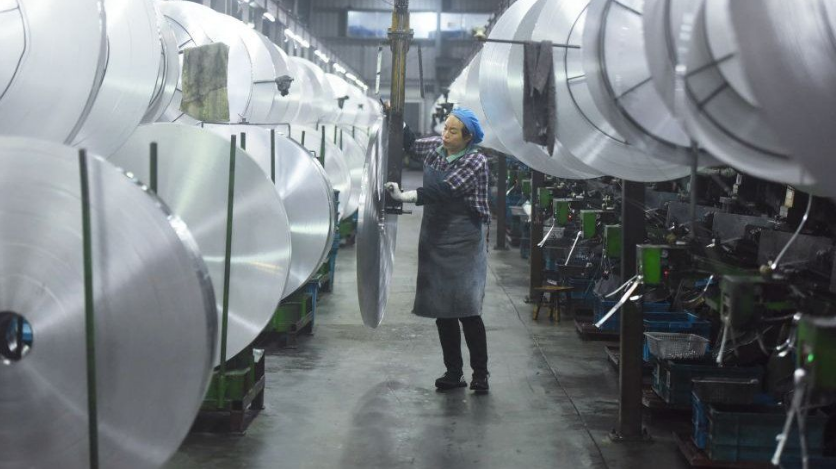 Global prices for industrial metals have fallen after Chinese authorities warned commodity companies in the country over pushing up prices.

The move comes after metal prices have surged in recent months as major economies emerge from the pandemic.

The price of metals including three month copper and aluminium were among those affected.

According to a report by state media outlet The Global Times, key Chinese companies in steel, iron and aluminium were among those “collectively summoned” on Sunday for interviews.

The Global Times also quoted a statement by the NDRC saying the meeting was held due to the continuous and drastic increase of a handful of commodities.

China had earlier last week already announced that it would step up measures around commodity supply, saying it would curb “unreasonable” prices.

Commodity traders are also cautious after The White House said on Friday that it had cut back its infrastructure bill from $2.25tn to $1.7tn.

With cuts to the spending plan being in broadband, roads and bridges, demand for iron ore and copper could be curbed.

US Republicans dismissed the changes as insufficient for a deal, which could also mean that further cuts to the proposed investments are imminent.

Global prices for many of the raw materials needed for industries – including copper, coal, steel and iron ore – have risen sharply this year as lockdowns and other measures to curb the spread of Covid-19 have been eased.

Huge economic stimulus measures by governments and central banks across the world have also driven up demand for commodities.

China, which is known as the ‘world’s factory’, is the biggest user of raw materials globally.

Stalled factory production in India, as the country struggles with a coronavirus crisis, also helped boost the global market for Chinese goods.

China’s exports in dollar terms surged by more than 32% from a year earlier to almost $264bn.

In the same month imports grew at the fastest pace in more than a decade, rising by 43% from a year ago.