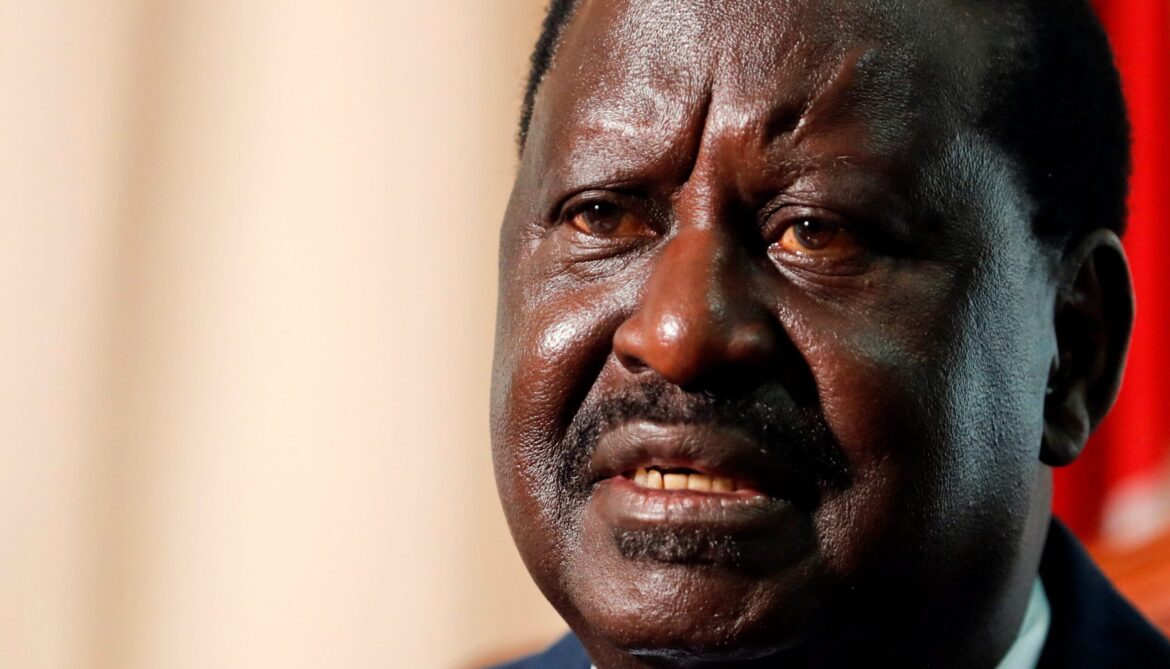 Addressing members of the party who attended the National Governing Council meeting at the Bomas of Kenya on Friday, Raila said his decision to run came after wide consultations with Kenyans.

“I was reluctant and I went around the county seeking views on whether to run and the people told me to run,” he said.

The ODM National Elections Board chair Catherine Mumma said that the party had received only two applications to run for the presidency and the two withdrew their candidature in support of Raila Odinga.

The two while addressing the delegates officially withdrew their candidature in support of their party leader.

“I want to formally here announce before the NGC that I have withdrawn my candidature for the president of the Republic of Kenya and endorse Raila Odinga as my preferred presidential candidate,” Joho told the jubilant crowd while committing to deliver the presidency to the ODM boss.

On his part, the Kakamega Governor said that despite his application, Raila deserved the ticket to fly the party’s flag more than he did.

“I saw he had more experience than I do, I am therefore withdrawing my proposal and I endorse Raila Odinga,” he said.

Raila said that he has been keeping the government in check by giving solutions after the handshake with President Uhuru Kenyatta.

“I must first thank you, people, today for nominating me as your candidate,” he said.

The ODM leader said the bond he shares with President Uhuru Kenyatta is what brought about the decision to bring ODM and Jubilee together under Azimio la Umoja.

“We are inviting other parties to join Azimio la Umoja. Today you have just nominated me as an ODM candidate for Azimio,” he said.

The two parties have announced that they will hold a joint National Delegates Conference (NDC) with the Jubilee party in the next two weeks, in which the Azimio la Umoja will be officially launched.

Communicating the planned official launch of the Azimio Coalition Suna East MP Junet Mohamed said the coalition so far has more than 10 parties while calling for more parties that support a Raila presidency to join the coalition.

“We are going to have a serious launch of the Azimio coalition in two weeks’ time,” he said.

Speaking on his handshake with Uhuru, Raila said that the two agreed the country needed to be steered towards the direction that freedom fighters wanted it to be while commending the President for standing firm despite challenges that he has faced within his own government.

“When we take over, we will continue the work that he has started and move on. This bond will not die with elections.. they are going to strengthen it and we will work together going forward,” he said.

He said that other parties that did not want to join ODM in endorsing him were free to nominate their own candidates for the coalition and then a final decision on the candidate will be chosen.

Raila revealed that he was going to attend both the Jubilee and ODM delegates conventions set for Saturday, February 26.

He added that he will adopt their resolutions that will form the Azimio la Umoja movement.

The coalition will set up structures at the grassroots that will ensure that it gets majority members in the county assemblies, national assembly, senate and governors.

His presidential bid is anchored on the third liberation that he says is economic adding that his government will empower Kenyans while dealing with ignorance, poverty and disease that he named as the major problems facing them.

Raila said that his government will also massively invest in infrastructure and manufacturing which he says will bring proper transformation to Kenya.