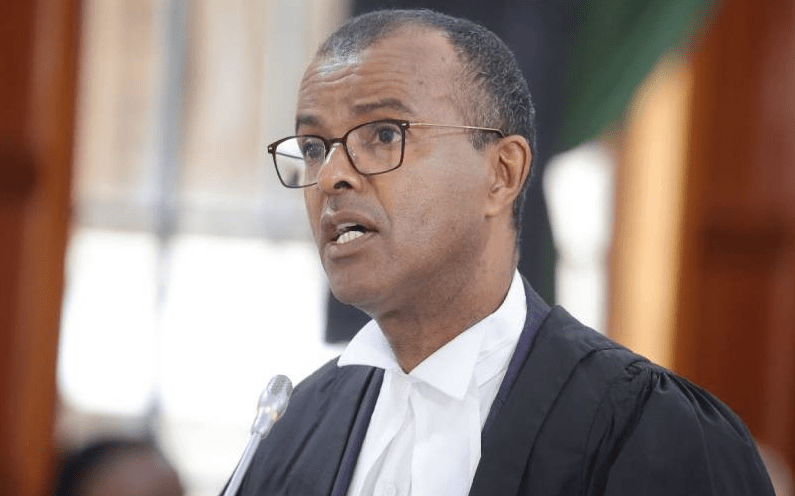 Senior Counsel Philip Murgor informed the court that out of the 8 servers, the commission had installed a grid on server 5, and that they had found that some of the logs had been deleted.

“With the limited access provided yesterday (Wednesday) to server number 5, our team was able to observe a large number of deletions. We suspect and are concerned that the delay on the part of IEBC is to delete vital data,” he claimed.

In a statement on Wednesday, August 31, the Wafula Chebukati-led commission said it had complied with the Supreme Court orders in regard to the access to technology used in the 2022 presidential election

The electoral agency said the scrutiny of its serves by the petitioners was ongoing.

“Following the Supreme Court order, IEBC has granted access to the parties to access the servers and scrutiny exercise is ongoing,” IEBC said.

During the Wednesday afternoon sitting, there were reports that IEBC had denied access to its IT servers despite an order by the Supreme Court. The officials at the electoral agency’s headquarters cited a lack of authorization despite an active court order from the apex court.

Senior Counsel James Orengo who is appearing for Raila Odinga, and Martha Karua, the first petitioners, told the court that access to the IEBC’s system had been denied, further accusing the electoral agency of non-compliance.

“We are also having difficulties with orders relating to inspection of the servers. We have been given restricted access only to the results transmission system. Access has been given only to one server, which has not been granted yet,” Orengo said.

In today’s sitting lawyer Erick Gumbo for the electoral commission said Murgor was misleading the court, while relying on social media posts, saying all the orders issued by the judges had been complied with.

“I am quite perturbed by remarks from my learned Senior counsel when he says IEBC is not complying with court orders. That certainly is not inaccurate reporting. I think the most important thing is to get an important reporting on this matter,” Gumbo stated.

Justice Isaac Lenaola put an end to the matter when he stated that the Supreme Court was content with a progress report given to judges thus far on compliance with their orders.

“We received a full report from our technical team that was leading the exercise at IEBC. We have been informed that the process of compliance was completed last night,” the judge said.