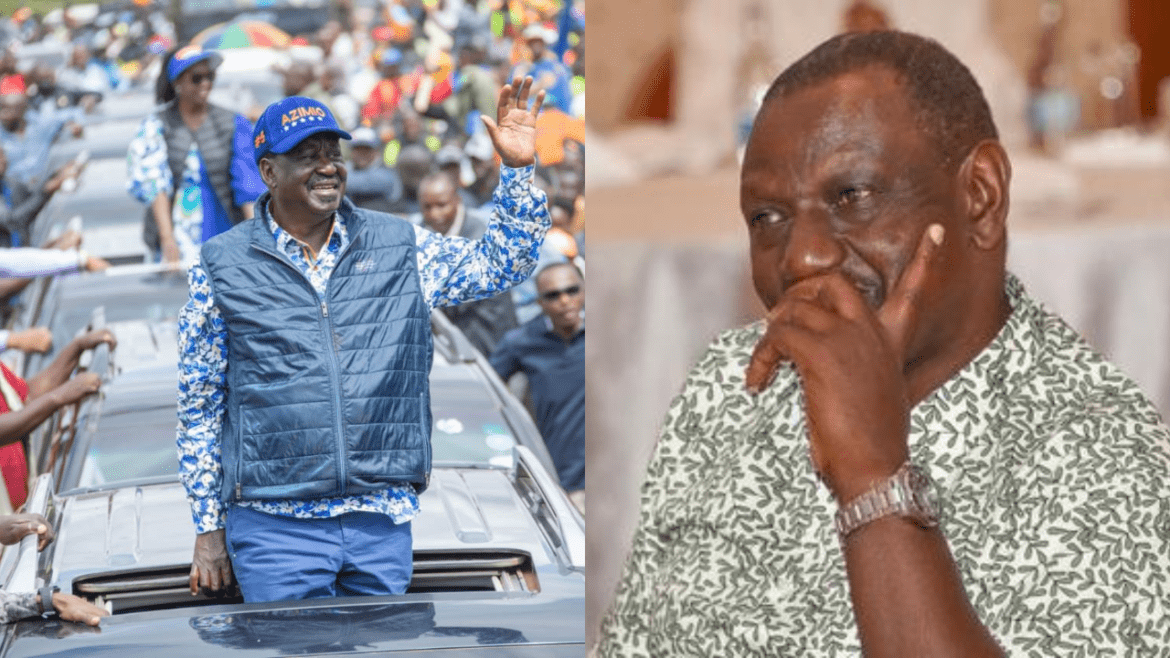 A new poll shows that Azimio la Umoja One Kenya Coalition presidential candidate Raila Odinga is the most preferred in the State House race, with only six days to the elections.

Raila has a lead at the Coast, Nyanza North, Lower Eastern, and Southern Nyanza. DP Ruto leads in Mount Kenya and Central Rift.