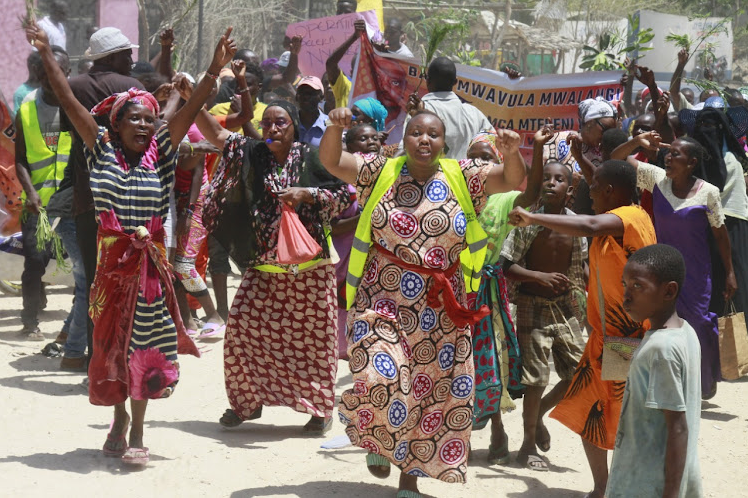 The ODM nominations have been marred by confusion and violence in areas that enjoy huge support with some of the candidates accusing its elections board of favoring some aspirants. Residents of Mtepeni ward in Kilifi south constituency have protested over the ODM nomination results which they say was manipulated to impose unwanted leadership on them. Despite the party nomination fever, professionals and politicians from Ugunja in Siaya county have called on the orange democratic movement supporters to give the party’s national elections board the benefit of doubt over its ability to ensure fairness during the nominations.

The majority of Mtepeni residents said that Bazil Mwalala Mwalango, their preferred candidate whom they vehemently voted for but was robbed off his victory and the certificate issued to Brown Safari who is an ODM Kilifi South Member of Parliament project thus they have now given the party until the end of the week to return the certificate to Mwalala or repeat the entire exercise.

On the other hand, the senatorial ticket contest in the county has also elicited a battle with Jacob Fikirini who is one of the aspirants claiming that ODM has not issued a direct nomination ticket to any aspirant for the senatorial seat. This follows claims that Fikirini is no longer contesting for the seat because his opponent, the incumbent Senator Stewart Madzayo has been issued a direct ticket by ODM.

However, professionals and political leaders from Ugunja in Siaya county have urged their supporters in the area to give give the party’s national elections board the benefit of doubt over its ability to ensure fairness during the nominations.

ODM elections board announced it will use consensus-building, direct nomination, opinion polls, and competitive party primaries criteria to give its ticket in the primaries.