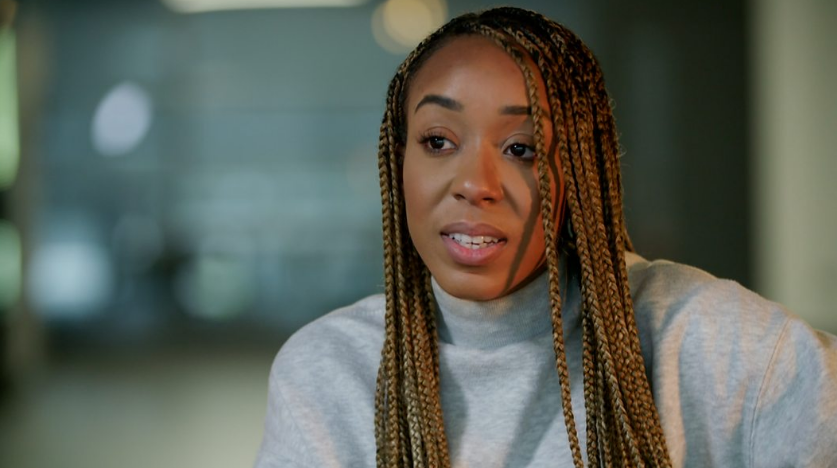 These were Natasha Chilambo’s thoughts when she received Cardiff University’s response to her complaint about a play put on by medical students in 2016. She and a group of black students complained about the play, which parodied lecturers at the School of Medicine. A black lecturer was portrayed by a white actor wearing blackface.

Her story is one of dozens I heard while researching the experience of students of colour who complained about racism at their university. I spoke to several students while making the BBC Three documentary, Is Uni Racist? Students have told me that they feel their complaints about racism on campus have been mishandled.

￭ Only 1% of university professors are black

￭ The students fighting against anti-Semitism

Natasha alleges that after she complained, a senior member of staff at the School of Medicine sent an email that identified her and seven other black students as complainants, leading to bullying and harassment.

Her mental health deteriorated so much as a result of the bullying, she says, that she had to leave Cardiff. Cardiff University said they’re not at all aware of this email, but said that “there were areas for improvement in the handling of this complaint, and action has been taken”.

I put in Freedom of Information requests asking all British universities to tell me how many cases of racism had been reported over the last five years, and 93 out of 140 Universities responded. Cardiff University had the third highest number of reported cases, behind Nottingham Trent and Essex. There are concerns that the level of racism on campuses across the country could be higher, because not all incidents are reported.

Research from the Equalities and Human Rights Commission, published in 2019, suggested that one in four of the black and other ethnic minority students that took part in the survey had experienced racial harassment since their course started. One in 20 students said they had left their course because of it. Two thirds of students who said they had experienced racial harassment did not report it to their university, with some concerned about being called a ‘troublemaker’, having the complaint impact their course, or believing that the university wouldn’t take it seriously.

One student who recently complained about an alleged incident of racism was first-year student Zac Adan, who studies at the University of Manchester. He was on his way to his room on campus when he was stopped by security officers demanding to see his ID card.

In a video posted on social media, security guards are seen holding Zac against a wall, and he feels he was racially profiled. The officers allegedly said: “We’ve had a lot of drug dealing going on on campus.”

Desperate to get immediate action from the uni, Zac called their emergency hotline – the uni’s 24-hour support service where students can report accidents or crimes on campuses. He reported the incident on the same night but was told nothing could be done for another four days. Frustrated with the inaction, he finally allowed his friends to post the video on social media and it went viral, which he says made the university jump into action. He told me of the shock when he found out on social media that the university had launched an investigation.

“I hadn’t even spoken to anyone, I’d just been informed that they were going to deal with the issue and that’s literally it,” Zac says.

The University of Manchester told me they have suspended the security guards, and both were recently charged with racially or religiously aggravated common assault by beating.

Zac feels angry and disappointed with the university’s response – vice-chancellor and president Dame Nancy Rothwell told Newsnight last year that she wrote to Zac to apologise, but was unable to meet him in person. He claims he was not contacted directly.

‘There was no apology’

Melanie Onovo, a history and politics student from the University of Oxford, told me about her experience complaining to her college after a student allegedly made a joke about the death of George Floyd on a Zoom call about college representative roles.

Like Natasha and Zac, she wasn’t happy with the lack of clarity on the outcome of her complaint. “I just wanted an apology… there was no apology,” she says.

She described how the complaints process took her back and forth between her college Christ Church and the university, but she doesn’t know what happened to the person she complained about.

“The uni had their own internal investigation, which nobody knows the outcome of, because they don’t publish the outcome or send the outcome to the students,” Melanie says.

Another Christ Church student, Gracie Oddie-James, complained about a man who she claims had directed the n-word at her whilst singing a Notorious B.I.G. song.

“I don’t know whether any further disciplinary action is being taken, that has been kept confidential, even to me, even though I was a victim in this case,” she says.

The man denies directing the word at Gracie and the disciplinary process against him is still ongoing. The college said: “We treat complaints about such matters extremely seriously. In each of the present cases, full and proper investigations were carried out in line with our policies and involved external, independent legal scrutiny and advice. Welfare support was also offered in each case right from the start. Disciplinary action was taken in accordance with the policies that apply to all our students.”

I took all my findings to Universities UK, the body that represents 140 universities across the country. Professor David Richardson, the University of East Anglia’s Vice Chancellor who leads Universities UK’s advisory group on racial harassment, shocked me by saying that British universities are institutionally racist.

“I think that historically, students who experienced racial harassment have not felt able to report it or felt safe to report it for various reasons,” he says.

He acknowledged that “racial harassment in universities is under-reported”, and his group published guidance and recommendations in November 2020 to improve the experience of black and ethnic minority students. Those recommendations include publicly committing to tackling racism, engaging with staff and students who’ve experienced it, and collecting data on reports of incidents.

It’s not yet clear what the solution is to the alleged failure to deal properly with racism at the British institutions I visited for this documentary, and maybe it’s too early to tell if this guidance will result in meaningful change. One thing was clear throughout my research, though: students of colour in the UK feel that much more needs to be done to protect them.