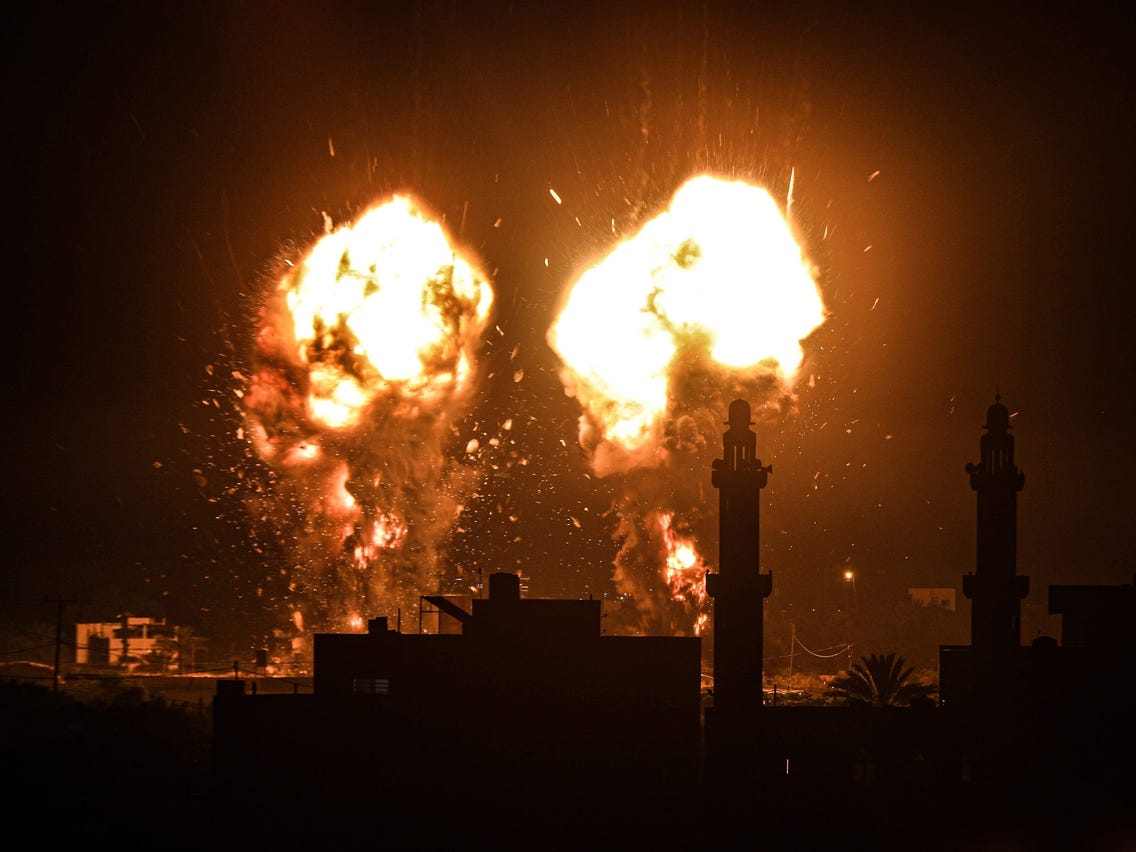 Israel hit Gaza with airstrikes on Sunday after incendiary balloons launched from the Palestinian enclave caused fires in the Jewish state, with no reported injuries on either side.

The strikes came after Israel cut by half the fishing zone off the blockaded coastal territory, a common response following projectile attacks by armed groups in Gaza.

Israel’s army had no immediate comment on the strikes.

But the military branch responsible for civil affairs in the Palestinian territories (COGAT) said the fishing zone had been reduced from 12 nautical miles to six.

“The decision was made following the continued launching of incendiary balloons from the Gaza Strip towards Israel, which constitutes a violation of Israeli sovereignty,” it said in a statement.

Earlier Sunday, Israeli firefighters said they extinguished brush blazes at three spots in the Eshkol region near the border, blaming “incendiary balloons” as the cause.

The balloons are basic devices intended to set fire to farmland surrounding the Israeli-blockaded Palestinian enclave.

On July 12, Israel announced it was re-expanding the fishing zone off Gaza and allowing additional imports into the Palestinian territory but warned the measure could be reversed in response to fresh unrest.

An 11-day conflict in May saw Israel launch hundreds of airstrikes on Gaza,and Hamas fire thousands of rockets at Israel.

Before the May conflict, the Gaza fishing zone was 15 nautical miles, but Israel reduced it during the warfare.

There has been sporadic unrest since a cease-fire ended the conflict, with incendiary balloons launched from Gaza and Israeli reprisal airstrikes targeting facilities belonging to Hamas. No casualties have been reported.

The last time balloons from Gaza caused a fire in Israel was early this month.