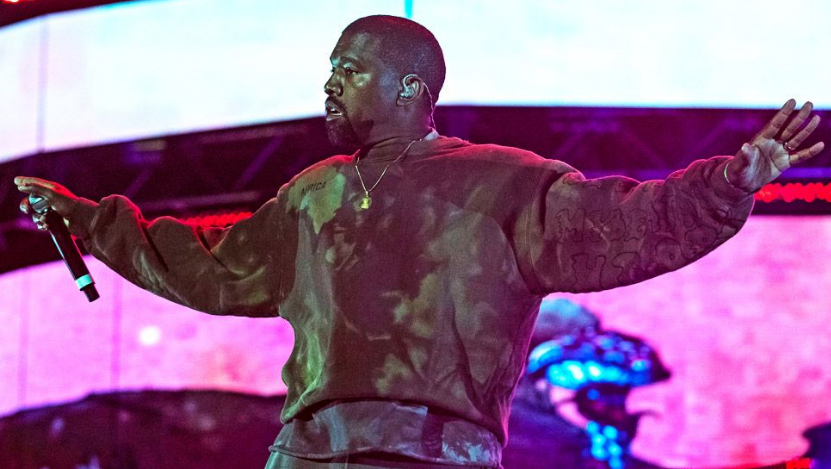 West made the allegation shortly after the album was finally released on streaming services on Sunday.

He also claimed Universal had “blocked” a song featuring DaBaby and Marilyn Manson from being on the record.

“Universal put my album out without my approval and they blocked Jail 2 from being on the album,” he wrote.

The track in question includes contributions from DaBaby and Marilyn Manson, both of whose involvement in Donda has caused controversy.

Manson is currently facing multiple allegations of sexual abuse, which he denies. In February Manson was dropped by his record label following claims by actress Evan Rachel Wood that she was “horrifically abused” by the musician.

Meanwhile, DaBaby was condemned over a string of homophobic remarks made at Rolling Loud festival in Miami last month. The rapper initially apologised then deleted his apology, and has since appeared to mock his being “cancelled”.

The rapper later said the comments were “hurtful and triggering”, and that he appreciated the “education” he has received since.

DaBaby was removed from the line-ups of several US music festivals and dropped by clothing company Boohoo after making his initial comments.

West had earlier claimed DaBaby’s manager, Arnold Taylor, was stopping the track from being cleared and wouldn’t communicate with him or his team.

Taylor said he had not received any calls from West, and that he cleared the song within “two seconds of receiving it”.

Despite West’s protests, Jail 2 has since appeared on streaming services along with the rest of his 27-track album, which is named after his late mother, who died in 2007.

Other artists to feature on the album include The Weeknd, Travis Scott, Lil Baby, Kid Cudi, Jay Electronica and Young Thug.

Critic reviews for Donda have so far been mixed. The NME said there were some “gems” among the 27 tracks, highlighting how the album has a spiritual focus and provides glimpses into struggles with mental health.

“Nobody needs all 27 of these tracks, but dig deep into its contents and you’ll find enough gems to make his 10th album worth your time,” said Rhian Daly.

Writing for i News Kate Solomon said: “At its best, Donda is brilliant: West’s vocal abilities are as good as they’ve ever been and his vulnerability has never been so pronounced.”

Solomon also highlights the focus of religion on the album but says “these moments of wonder are dragged down by a mire of intentionally difficult tracks, be that musically or thematically.

“It’s a long and frustrating listen, a warning to all about the dangers of focus grouping and overthinking.”

While Ed Power from The Telegraph said West’s Donda “perfectly encapsulates the man himself: ego-driven, brilliant, and utterly exhausting”.

“As an unspooling piece of conceptual art it’s fascinating. As pop, though, it is a thoroughly mixed bag,” Power continued.

“Like a sermon that goes on too long, Kanye’s stream-of-conscience observations on Jesus, Kim Kardashian and the importance of being Kanye suffer for an absence of breathing space. Full of sound and fury it may be – but West’s latest ultimately lacks direction.”

Chris Willman from Variety said: “On a purely musical level, Donda is close to unassailable; any time spent tarrying on its release has been time well-wasted… it’s a collection that never comes close to wearing out its welcome, alternating the brooding and the banging with a well-honed sense of dynamics.”

The billionaire rapper, songwriter and businessman’s album has had multiple delays since its promised release last year.

He held three listening parties, the third of which was last week. West, who recently filed papers to change his name to Ye, has been finalising the album for several weeks.

DaBaby and Manson were in attendance, and then his soon-to-be ex-wife Kim Kardashian appeared wearing a Balenciaga wedding dress and accompanied by their four children during a play of the track No Child Left Behind.

West also unveiled a replica of his childhood home from which he later emerged in a suit of flames, before joining up with Kardashian.

West’s mother was an English professor at Chicago State University who died aged 58 after complications from cosmetic surgery.

Donda West’s death had a devastating impact on her Grammy-winning son, who also named a creative content company after her.

Since West last released an album, 2019’s gospel-inspired Jesus Is King, he also launched a failed bid to become US president.