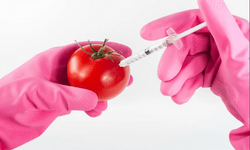 The recent declaration by the UDA government to reintroduce GMOs into the market, sparked a heated national debate this week. Following  President William Ruto’s lifting of a 10-year ban on Genetically Modified Organisms (GMO) just weeks after he was sworn in.

The move to allow GMOs back into the country was opposed by notable figures like Raila Odinga, Miguna Miguna and Opiyo Wandayi as well as opposition leaders Raila Odinga and Kalonzo Musyoka.

Mr Odinga, who lost the August 9 presidential election to President Ruto by a narrow margin, released a statement early in the week accusing the ruling elite of seeking to exploit the humanitarian crisis to reward or court foreign campaign financiers instead of mobilising an effective emergency response.

Miguna joins a list of national leaders who have opposed the move to return GMO. “I believe that it’s irresponsible and amounts to recklessness on the part of the Kenya Kwanza government,” he said.

Minority leader Opiyo Wandayi also notably opposed GMO imports.He stated that no level of famine should allow GMO back to the country. Wandayi also said GMO is not a solution to fighting hunger which has ravaged several parts of the country.

The Bill & Melinda Gates Foundation, a major food security donor, has consistently endorsed the cultivation of genetically modified foods in sub-Saharan Africa, despite criticism. A World Bank policy research paper also found that GM varieties “offer a powerful tool for nutritional enhancement that may save lives (Golden Rice) or help poor farmers adapt to climate change through faster integration of genes for drought and flood tolerance.”

Gates has been involved in several good initiatives through the Bill & Melinda Gates Foundation around the world. In fact, on his last visit, he announced $ 7 billion in investments in agriculture, health, gender equality and other critical areas in Africa. Kenya has been a such beneficiary.

GMOs are most noticeable in the produce section. In the mid-1990s, the first genetically engineered plants for human consumption were introduced. GMOs are now present in approximately 90% of corn, soybeans, and sugar beets on the market. Genetically modified crops yield more, have a longer shelf life, are resistant to diseases and pests, and even taste better. These advantages benefit both farmers and consumers. Higher yields and longer shelf life, for example, may result in lower consumer prices, and pest-resistant crops mean that farmers do not need to buy and use as many pesticides to grow quality crops. GMO crops can thus be more environmentally friendly than conventionally grown crops.

GMOs are likely to continue to play an important role in biomedical research in the future. GMO foods may provide better nutrition and may even contain medicinal compounds to improve human health. If GMOs are shown to be both safe and healthy, consumer opposition to these products is likely to diminish.