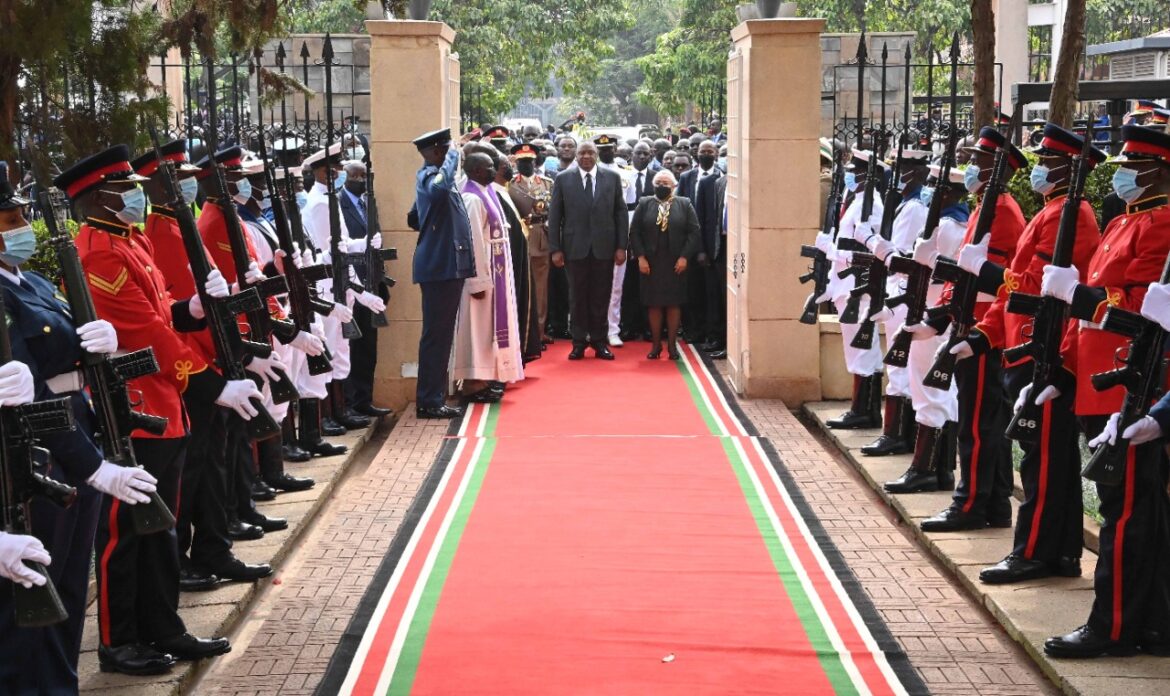 On Monday, his remains were transported from Lee Funeral Home to the parliament building by a military convoy, as Kenyans and the rest of the world continued to pay respect to the late former president of Kenya, Mwai Kibaki.

Kibaki will be remembered for leaving a legacy of strong growth in the regional economic powerhouse, launching major infrastructure projects, and boosting the struggling health and education sectors, despite his rule being marred by rampant government corruption and lavish spending on flagship projects that contributed to a debt mountain.

Kibaki’s health had been in and out of the hospital since a major automobile accident in 2002, and he has kept a low profile since leaving government.

President Kibaki’s last rites will be held on Saturday, April 30, with a memorial ceremony at Othaya Stadium, and he will be buried next to his late wife Mama Lucy Kibaki at his Othaya home