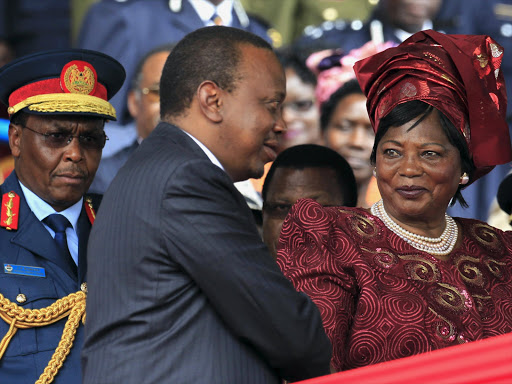 The President’s mother also chastised politicians for slinging insults, expressing concern that Mr Kenyatta has no option but to work without Deputy President William Ruto “because of the things he had done to him.”

Mama Ngina stated yesterday during a burial ceremony, without identifying the lawmakers she accused of flinging insults, “…depending on how someone was brought up when he or she is out in public, he or she should not insult another person.” However, listen to how such individuals abuse others.”

The DP moved his campaign to Gatundu last weekend when he and his allies chastised President Kenyatta for backing Mr. Odinga as his successor. Allies of the President have also accused the Ruto camp of insulting the President and the First Family.