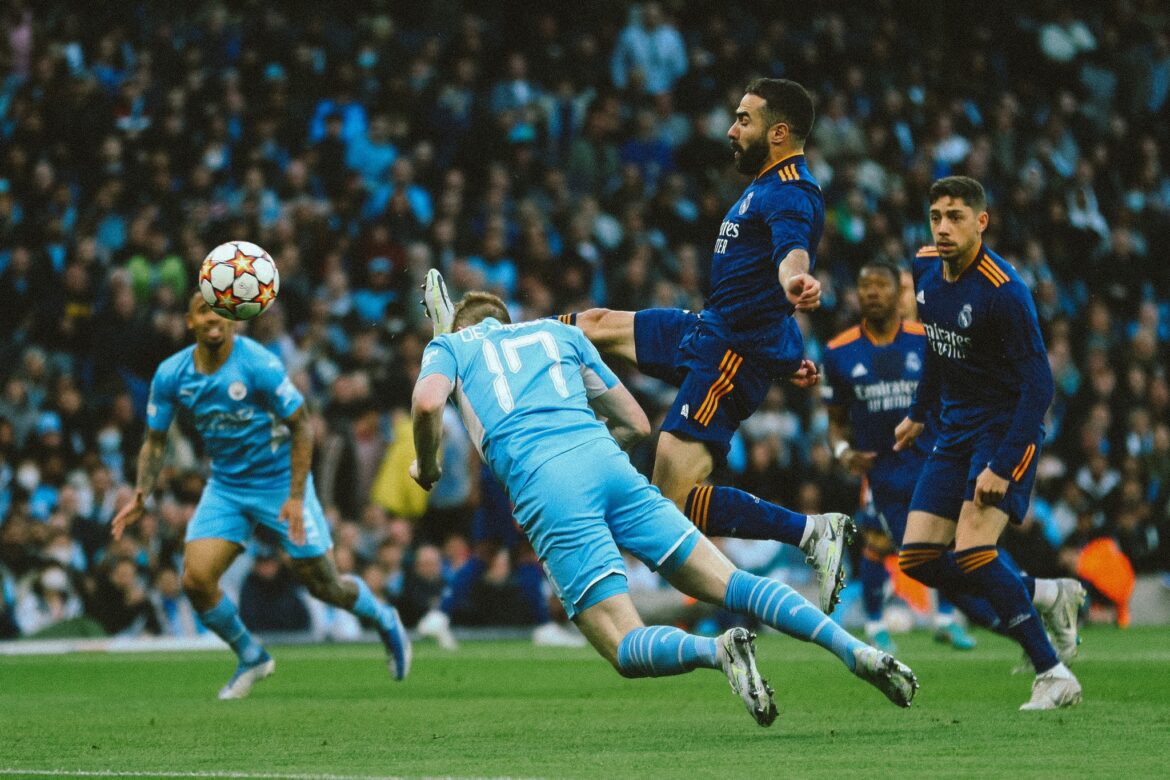 Manchester City will take a slender lead to the Bernabeu after a thrilling 4-3 win over Real Madrid in their Champions League semi-final first-leg.

City led the tie after 94 seconds when Kevin scored with a diving header before Gabriel Jesus put them two-up inside 11 minutes.

Karim Benzema, on his 600th appearance for Real Madrid, pulled one back with a superb volley but Phil Foden headed in City’s third shortly after half-time.

Real hit back within two minutes through Vinicius Junior’s wonderful solo goal although Bernardo Silva restored City’s two-goal advantage until Benzema coolly chipped a late penalty down the middle to cap a classic Champions League tie after Aymeric Laporte had handled the ball.