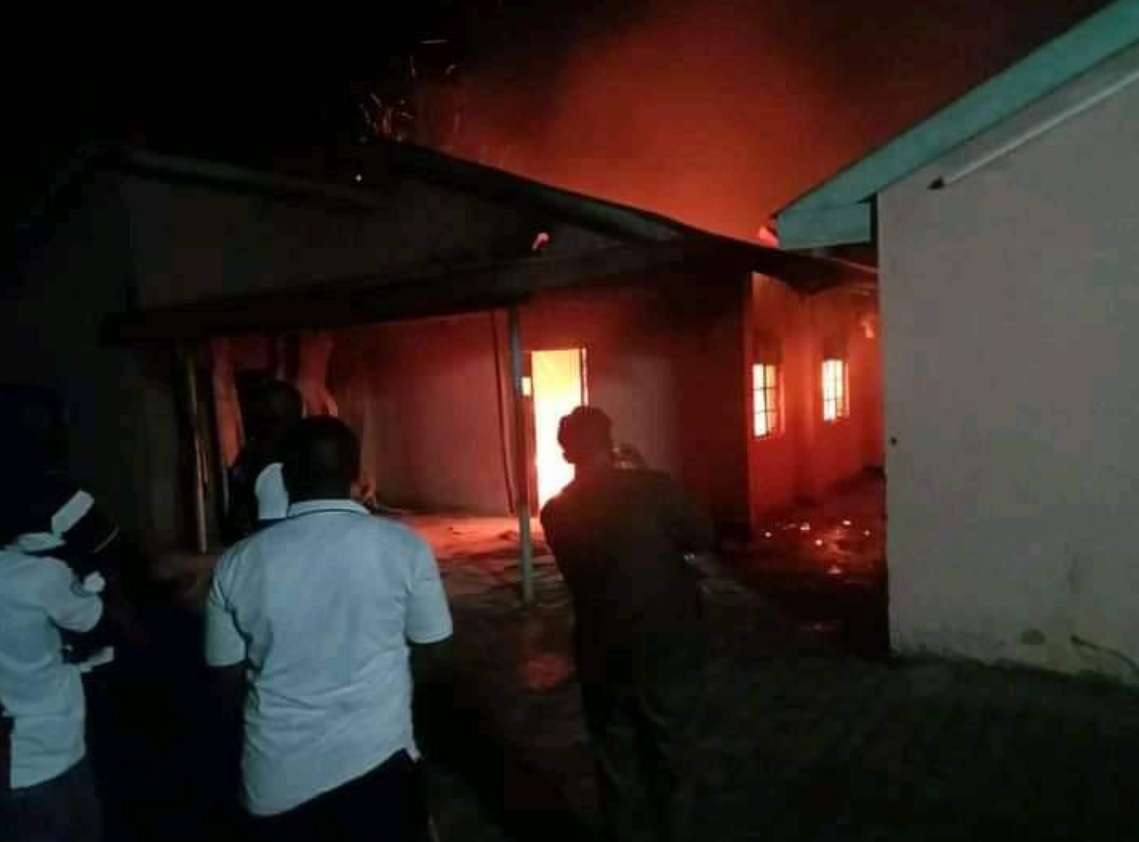 Maranda High School has been closed indefinitely following a fire incident that razed down a dorm Sunday night.

The decision to close the academic powerhouse school was made after a stakeholders’ meeting on Monday morning.

Police have begun investigations into the mysterious fire that consumed property belonging to the school and students.

Six students have been arrested in connection with the incident and have been taken for questioning at Bondo sub-county police station.

The fire which started around 10pm Sunday completely tore down a 500-student bed capacity dormitory.

The fire started while the learners were coming from their evening remedial classes.

The cause of the fire is yet to be known as a wave of student unrest in secondary schools continue to be reported as now a total of 34 secondary schools having experienced unrest and burning down of property with Maranda being the latest.