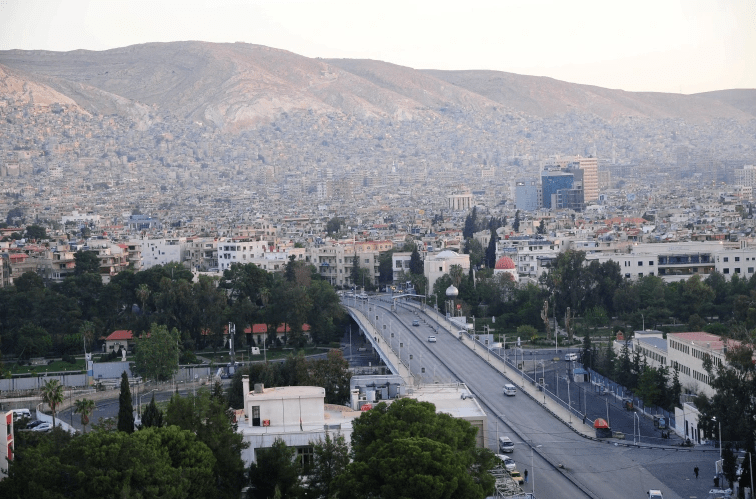 Dozens of others wounded in explosion near the Syrian capital, Damascus, reports state news agency SANA.

A bomb exploded on a military bus near Damascus, killing at least 18 soldiers and wounding 27 others, Syrian state media has reported

“A military bus in Damascus countryside was targeted this morning by
a terrorist detonation with an explosive device that was planted in
advance,” state news agency SANA cited a military source as saying.

The Britain-based Syrian Observatory for Human Rights, a war monitor, said the blast occurred on Thursday in the al-Saboura area in the countryside of Damascus, on a highway leading to the Lebanese capital, Beirut.

There was no immediate claim of responsibility for the attack, and no comment from Syrian authorities.

It was one of a series of attacks in recent months against Syrian troops not on an active front line.

In June, a bus attack claimed by the ISIL (ISIS) armed group killed 13 soldiers in the northern province of Raqqa.

In May, a rocket attack on a military bus killed 10 soldiers and wounded nine more in northwest Syria.

Syrian authorities previously have blamed such attacks on ISIL, which has been active in southern and central Syria, despite losing territorial control in the country since 2019.

The country’s 11-year-old conflict, which started when the government brutally repressed pro-democracy protests, has led to the deaths of hundreds of thousands of people.

The war has divided Syria into control zones, with President Bashar al-Assad’s troops and allied fighters controlling most of the territory. But analysts fear a resurgence of the opposition fighters.