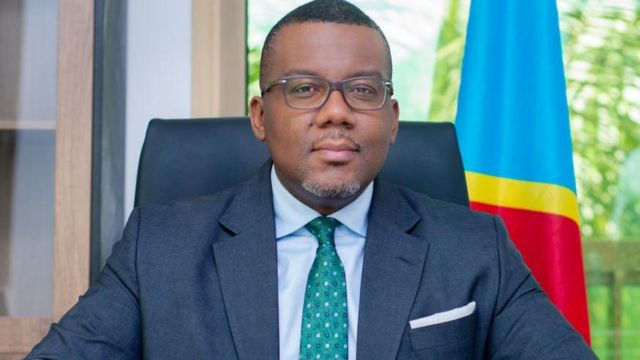 The grandson of Mobutu Sese Seko, the former president of Zaire – now the Democratic Republic of Congo, has been elected governor of Northern Ubangi province.

Malo Ndimba Mobutu won 11 out of the 18 votes cast by regional MPs in Gbadolite, the provincial capital and ancestral home to the Mobutu family.

Gbadolite, a small town deep in the vast forests of northern DR Congo, flourished under Mobutu’s rule – he built several palaces there and an international airport – but has since floundered.

Malo Ndimba Mobutu’s grandfather ruled with an iron fist from 1965 until 1997, when he fled the country as rebels – led by Laurent Kabila – advanced on the capital, Kinshasa.

The former president died at the age of 66, just months after he was exiled – with critics accusing him of being a ruthless and corrupt ruler who crushed internal dissent and plundered the country’s mineral resources.

Filip Reyntjens, an expert on the Great Lakes region of Africa, told BBC Great Lakes that the current turmoil in the mineral-rich nation was the outcome of his autocratic rule.

“Since early 1970s, he had been destroying the country to the point it is no longer able to deliver its basic responsibilities,” he said.

Mobutu’s grandson is quoted by local media as saying he embodies a new vision for his home province.