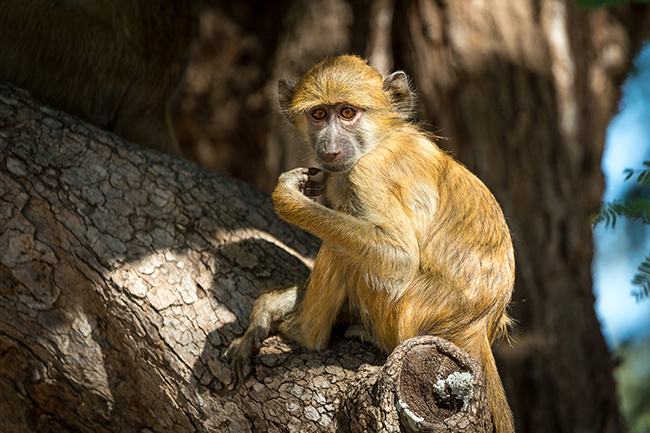 If you’ve ever changed your behavior due to social pressure, it appears you’re not alone.

Monkeys entering the territory of a different species adapt their primate calls to help them better understand one another, according to new research.

The study, published in the journal Behavioral Ecology and Sociobiology, examines the behavior of 15 groups of pied tamarins and red-handed tamarins living in Brazil’s Amazon rainforest.

The red-handed animals have “greater vocal flexibility” and use calls more often than pied tamarins, according to a statement from Anglia Ruskin University (ARU), which was involved in the research.

Pied tamarins use a long call to communicate, unlike the other group.

Yet the scientists found that, when the red-handed primates entered territory shared with pied tamarins, they also adopted the long call.

“We found that only the red-handed tamarins change their calls to those of the pied tamarins, and this only happens in places where they occur together,” the study’s lead author Tainara Sobroza, of Brazil’s National Institute of Amazonian Research, said in a statement Wednesday.

“Why their calls converge in this way is not certain, but it is possibly to help with identification when defending territory or competing over resources.”

“In some cases, rather than diverging to become more different from one another, some closely related species converge to show similar traits,” said Jacob Dunn, associate professor in evolutionary biology at ARU.

Dunn said the study is the first of its kind, with one species’ call becoming the common language in shared territories.

“Because these tamarin species rely on similar resources, changing their ‘accents’ in this way is likely to help these tiny primates identify one another more easily in dense forest and potentially avoid conflict,” he added.

“Our results suggest that both social and environmental pressures are important in shaping primate calls,” the group of researchers wrote.

The study comes weeks after another intriguing piece of research emerged on how monkeys communicate.

In February, a study suggested that marmosets can understand conversations between other monkeys and judge whether they want to interact with them.

Pied tamarins are critically endangered mammals and are largely found around the Brazilian city of Manaus. Red-handed tamarins are found in the northeastern Amazon region.

By CNN For Ebru Digital