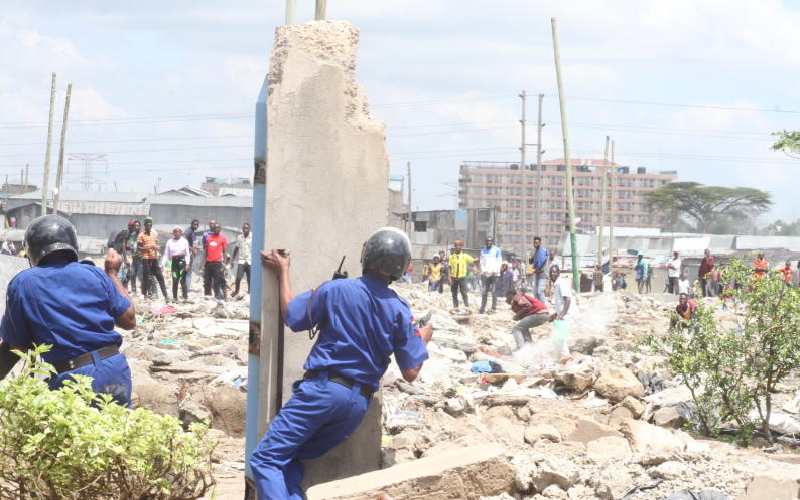 In Mukuru Kwa Njenga slums, where the affected people are living in dilapidated conditions, the relevant government institutions are yet to lift a finger to aid the affected residents and all eyes are now focused on the newly elected Governor Johnson Sakaja to see if he will come to their aid.

On the 13th day of November 2021, the residents of Mukuru Kwa Njenga were shocked by the demolitions from the city of Nairobi, where more than 26,000 Kenyans claim to have been born and raised on this piece of land.

Outgoing President Uhuru Kenyatta, on January 6, 2022, stopped the demolition and promised that those who were affected would be given shelter in less than 30 days. Eleven months later, some of the residents are still living in isolation in these makeshift tents that they call home.

Wolfa Moraa has lived here for 28 years now with her 6 children, and she and her family are still in this tent with nowhere to go. Away from living in this deplorable state, Moraa woke up to go vote for her preferred candidate with the hope of a better life.

She disputes that it is still said that there are no people in these tents.

Jacinta Wakina, who was the deputy chairman of nyumba Kumi in Mukuru, has also not been spared in this tragedy.

Though there are well-wishers coming in, the help brought by the good Samaritans also fails to reach everyone in the settlement.

Haron Asiba has been living here for ages and now, with his famous meme of “ntakufinya” also bares the pain of living in tents in Nairobi.

Youths also decry that they have been denied the opportunity to work under the “kazi kwa vijana” program launched by the government.

After the Governor of Nairobi, Johnson Sakaja was sworn in, all eyes are on him and the president-elect William Ruto to resolve the Mukuru Kwa Njenga tent dwellers’ puzzle.

So far, the residents who were evicted from Mukuru Kwa Njenga claim during the demolition, one person was left dead and they have not yet received a solution to these problems nor have they been compensated.