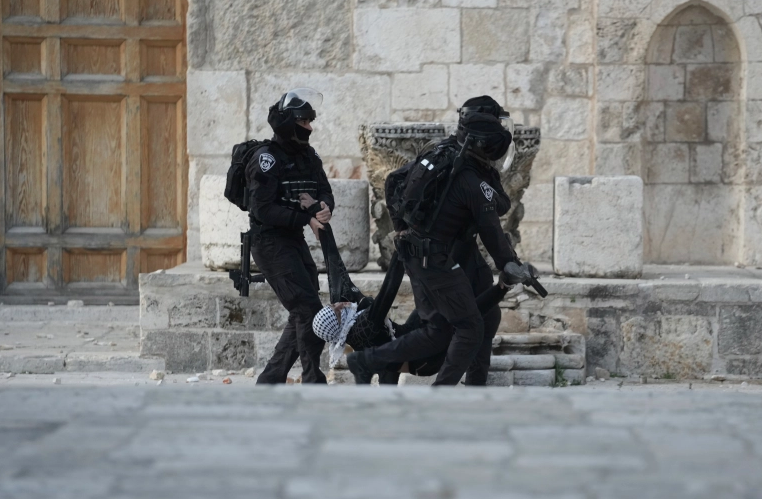 The fresh raid took place on Friday morning, with Palestinians throwing stones at the Israeli police, who were dressed in full riot gear and entered the compound firing rubber bullets and stun grenades, according to journalists at the scene.

The holy site has been the centre of days of violence amid heightened tensions following a series of attacks inside Israel and police raids in the West Bank, which Israel is illegally occupying.

Tens of thousands of Muslims are expected at Al-Aqsa later in the day for Friday prayers.

Visits by Jewish groups were suspended from Friday for the last 10 days of the Muslim holy month of Ramadan.

This year, the fasting month has coincided with the Jewish Passover and major Christian holidays, with tens of thousands of people from all three faiths flocking to Jerusalem’s Old City.