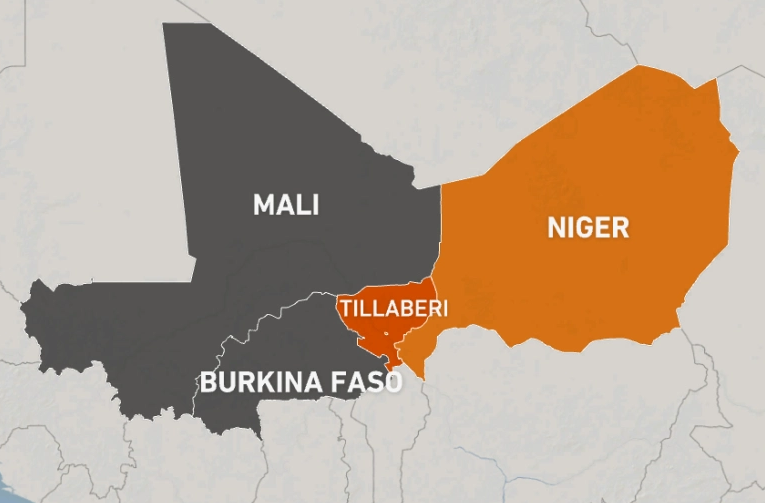 At least a dozen civilians killed in west Niger attack

At least 18 civilians have been killed after their vehicle came under attack in a part of western Niger frequently targeted by rebel fighters, the government has said.

In a statement on Tuesday, interior minister Alkassoum Indatou attributed Sunday’s attack in the Tillaberi region near the Malian border, to “armed bandits, aboard several motorcycles, who have not yet been identified”.

In 2021, armed groups carried out numerous attacks on civilians in the region, including a November 2 massacre of at least 69 members of a self-defence militia. In October that year, motorcycle-riding assailants killed 10 people in a mosque near Tizegorou during evening prayers.

Earlier this month, an improvised explosive device killed five Nigerien soldiers in the southwest of the Sahel country, according to the defence ministry. The blast also occurred in the Gotheye district of Tillaberi.

For years, western Niger has faced rebel attacks, despite the efforts of international forces deployed to the wider Sahel region to fight the armed groups.

Niger, the world’s poorest country according to the UN’s Human Development Index, is currently contending with two rebel groups that have displaced thousands of people.

Niger’s neighbour Mali has also been struggling to contain a brutal armed uprising that first emerged in 2012, before spreading to Burkina Faso and Niger.

Thousands of soldiers and civilians have been killed and two million people have been displaced by the Sahel-wide conflict, which has Mali as the epicentre.

France announced a military pullout last week due to a dispute with Mali’s military, which seized power in 2020 and has since defied international calls to swiftly restore civil rule.