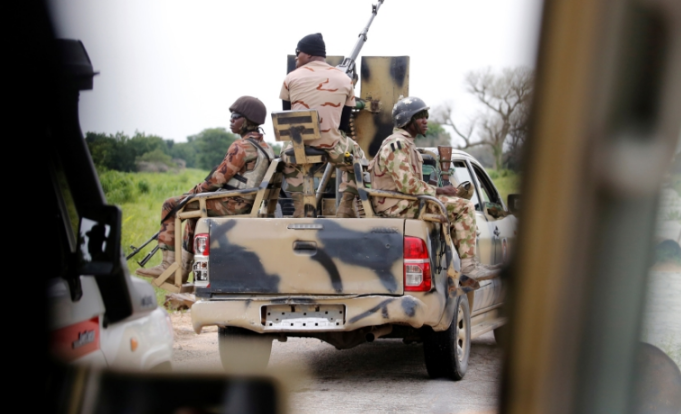 The ISIL-linked fighters were killed in the north of the country at the border with Niger, Nigeria’s air force said.

The Nigerian air force says it has killed more than 70 ISIL (ISIS)-affiliated fighters in the north of the country, at the border with Niger, in an air raid.

Saturday’s statement said aircraft from Nigeria and Niger took part in the operation.

The Lake Chad area, where Nigeria said it launched the air raid, is known for hosting fighters of the Islamic State West Africa Province (ISWAP), an armed group active since 2016.

With older rivals Boko Haram, the two factions have killed more than 40,000 people in the past decade. More than two million people are still displaced from their homes due to ongoing violence.

As a result, they carried out air attacks on April 14 at Tumbun Rego and a nearby training camp, he added in the statement.

“Over 70 ISWAP terrorists were either eliminated or severely injured,” he said.

Nigeria often scales up its offensive at this time of the year before the rainy season starts.

A joint military force from Nigeria, Niger and Cameroon said on Sunday it had killed more than 100 Islamist insurgents, including 10 commanders, in the past few weeks, as ground and air offensive intensify in the Lake Chad region.

“Within the period of this operation, well over a hundred terrorists have been neutralised, including over 10 top commanders … following intelligence-driven lethal air strikes in the Lake Chad islands by the combined air task-forces,” Dole said.

Dole did not give the period covered by the operation or number of troops killed but said 18 soldiers were injured by improvised explosive devices planted by retreating insurgents.

Soldiers have been battling the armed rebellion for more than 12 years. Government troops are also battling heavily armed gangs in the northwest and separatist tensions in the southeast.

Nigeria received a boost after the US last week approved a nearly $1 billion weapons sale. Lawmakers in Washington had earlier put a hold on the deal over concerns about possible human rights abuses by the Nigerian government.

Since last year, ISWAP has mostly taken over from Boko Haram after its leader Abubakar Shekau died during interfactional clashes.

Shekau had gained international notoriety after kidnapping nearly 300 schoolgirls in Chibok in 2014.