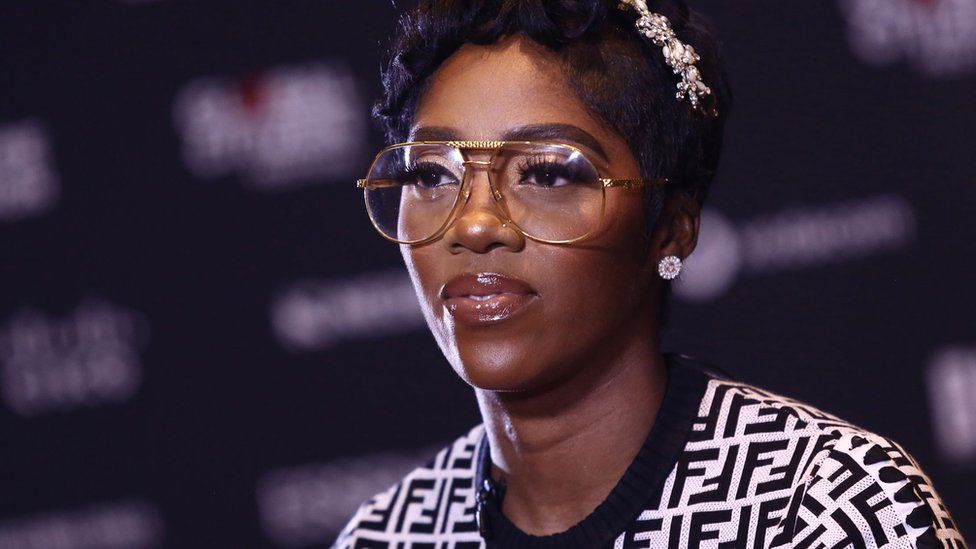 Nigerian Afrobeats star Tiwa Savage has revealed she is being blackmailed over a sex tape but says she won’t pay.

She said the video was accidentally posted on Snapchat by her lover who deleted it after he realized his error but it had already been downloaded by a stalker.

She said she cried when she first saw the video and feared the reaction.

Savage, 41, is one of the world’s biggest Afrobeats stars and is signed to Universal Music Group.

She is known for songs such as Kele Kele and Eminado and was part of Don Jazzy’s Mavin Records in Nigeria, where she was known as First Lady.

“I am not going to call it a sex tape but it’s a tape between me and the person I am dating right now,” she told radio host Angie Martinez of Power 105.1 in New York.

She revealed that the incident happened last month and that the person tried extorting money from her but that she was not going to allow anyone to blackmail her “for doing something that is natural.”

“I am that crazy I could put it out myself – you are not making any money off me,” she said.

She is currently in the US where she is promoting her latest album Water and Garri, which has collaborations with US stars such as Brandy and Nas.

She remained calm through the interview but said she was going through internal turmoil, and that she could not sleep when she first received the video on Wednesday.

“Why now, when the music is so good and I don’t want this to overshadow what’s going on,” she said.

She says she was worried about how she would be perceived by her fans, friends, and family but that she was not going to give in to extortion.

Savage was married to artist manager, Tunji “Teebillz” Balogun in 2013 but she filed for divorce in 2018 after the pair publicly fell out two years earlier over accusations of infidelity.

They have a six-year-old son and Savage says she is worried about the impact the video could have on him and her mother.

“I am going to talk to him and for me, it is even later on when he’s about 15 and someone is trying to be rude to him… I just have to brace him up,” she said.

In Nigeria, victims are protected by a 2015 cyber-crime act that made it an offense with up to three years in jail.