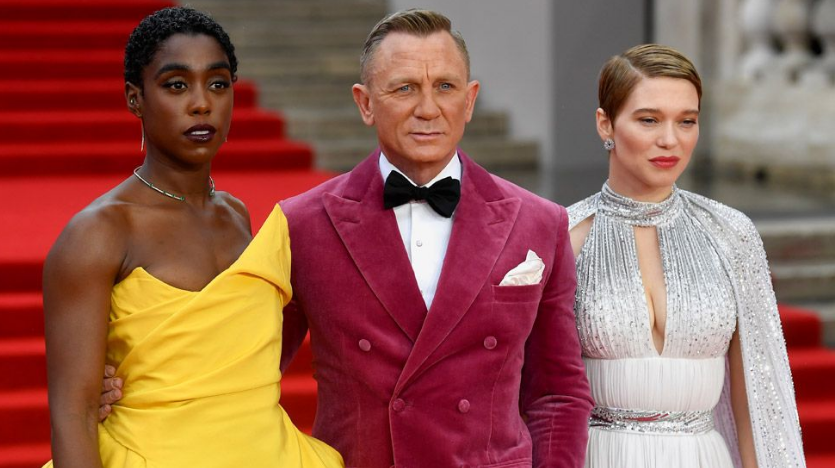 Daniel Craig’s final James Bond film No Time To Die took between £4.5m-£5m on its first day in UK and Irish cinemas, producers have estimated.

The film was delayed several times by Covid and the industry is watching closely to see whether it can lift box office takings to pre-pandemic levels.

It was also the UK’s “widest theatrical release of all time”, they added.

Universal said No Time to Die opened in 772 cinemas in the UK and Ireland on Thursday – 25 more than the previous record-holder, Star Wars: Rise of Skywalker, in 2019.

Film technology firm Gower Street Analytics predicted it will account for 92% of the total UK and Ireland box office takings in its opening week.

More than 30,000 people attended midnight screenings in the UK and Ireland, where the film sold 1.6 million advance tickets for the opening four days, the studio said. This exceeded Spectre’s total advance bookings by more than 12% and was in line with Skyfall at the same time.

Screen International’s box office editor Charles Gant said the film’s performance had been “hard to predict”. But the early figures suggest it will be “a must-see film that connects with all demographics”, which cinemas have lacked since they reopened, he told BBC News.

Gant described that as “a massive relief for cinemas”, adding that it “gets customers back into venues”, where they will see trailers and posters for winter releases like Dune, Eternals, West Side Story and Venom: Let There Be Carnage.

No Time To Die “doesn’t need to match Spectre and Skyfall”, which both made more than £95m in total at UK and Irish box offices, he said.

“It just has to land in the Casino Royale (£56m)/Quantum Of Solace (£51m) lifetime ballpark – and there is now every sign that it will. If it does that, it points the way ahead for the cinema sector, and shows that, post-Covid, we can still have blockbuster hits.”

Craig’s fifth and final Bond movie was directed by US film-maker Cary Joji Fukunaga and also stars Lea Seydoux, Rami Malek and Lashana Lynch. It is projected to make $90m (£66.7m) worldwide during its opening weekend.

Most critics praised the film, with many giving five-star reviews after its premiere at the Royal Albert Hall earlier this week. But some suggested the movie did not quite justify its 163-minute running time.

According to a survey carried out by cinema chain Vue, No Time To Die is the new film release cinemagoers are most excited to see this year. Film fan Steve Williams, who saw the film in London, told the Press Association afterwards it was “well worth the wait”.

He added it was “definitely a good last film for Daniel Craig”, while another cinema-goer, Harry Wheeler, added: “It was the best Bond film for a while. I haven’t been to the cinema in more than a year and it was good to go back.”

The film opened in South Korea on Wednesday and a day later in the UK, Ireland, Brazil, Germany, Italy and the Netherlands. But US audiences must wait until 8 October.