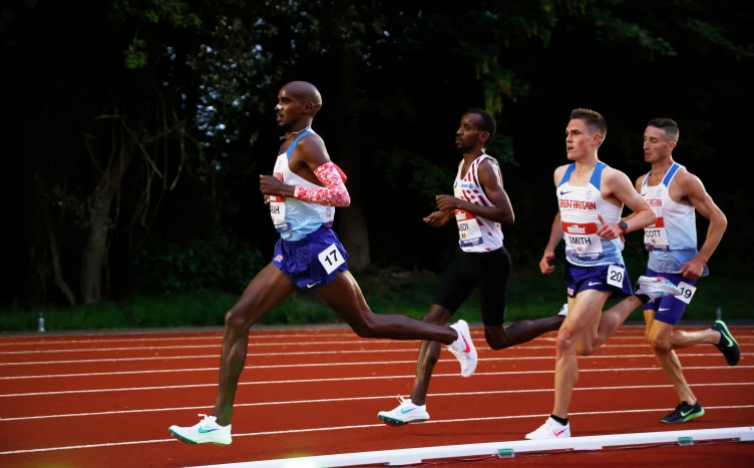 Mo Farah earned his place as a household name for his scorching performance on the track, becoming the first United Kingdom citizen to win four Olympic gold medals in track and field.

But in a documentary, to be aired on Wednesday, Farah has revealed that that name, Mohamed Farah, is not really his.

Instead, the 39-year-old said he had been given the name Hussein Abdi Kahin when he was born in Somaliland. He said he was trafficked to the UK by an unknown woman as a child, forced to assume the identity of an unknown boy to him named Mohamed Farah, and work as a servant.

“The truth is I’m not who you think I am,” Farah said in the BBC TV documentary. “Most people know me as Mo Farah, but it’s not my name or it’s not the reality.”

The revelations shed new light on the life of one of the world’s modern sports legends, with advocates saying it also underscores the harsh realities many vulnerable refugees and migrants face.

Farah had previously said he had come to the UK as a refugee from Somalia with his parents.

In the documentary – The Real Mo Farah – the star athlete instead revealed that his father had been killed in Somalia’s civil war and that he had been separated from his mother before coming to the UK.

He had travelled to Djibouti at the age of eight or nine with the unknown woman.

He said he thought he was going to go to Europe to live with relatives, but when he arrived in the UK, the woman who accompanied him took a piece of paper from him that had his relatives’ contact details and “ripped it up and put it in the bin”.

“At that moment, I knew I was in trouble,” he said.

‘I want to feel normal’

Farah, who was knighted in 2013, said he was inspired to go public with his story by his children.

“I’ve been keeping it for so long, it’s been difficult because you don’t want to face it and often my kids ask questions, ‘Dad, how come this?’ And you’ve always got an answer for everything, but you haven’t got an answer for that,” he said.

“That’s the main reason in telling my story because I want to feel normal and don’t feel like you’re holding on to something.”

He recounted being forced to do housework and childcare while being told: “If you ever want to see your family again, don’t say anything.”

His only escape, he said, was athletics. He finally confided in his physical education teacher, Alan Watkinson, about the situation. Watkinson then contacted the authorities.

Farah, a specialist in the 5,000 and 10,000 metres races who has also won six golds at the World finals, said following his teacher’s intervention, he went to live with his mother’s friend, with whom he lived for seven years. He was recognised as a UK citizen in 2000.

Decades of success later, he said he still wonders what happened to the real Mohamed Farah.

“I often think about the other Mohamed Farah, the boy whose place I took on that plane,” he said, “and I really hope he’s OK.”

“There are thousands of people in this country like Sir Mo – people who have made new lives here and make incredible contributions,” the group wrote on Twitter.

“His bravery in telling his story gives hope to all who campaign for a fair and humane asylum system.”