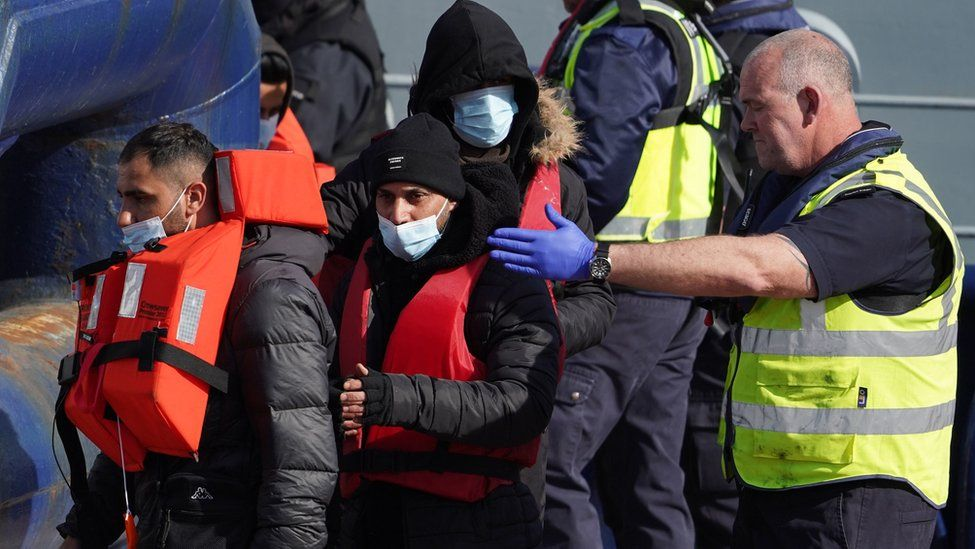 Priti Patel’s top civil servant warned her there was not enough evidence of the “deterrent effect” of the plan to send some asylum seekers to Rwanda.

In a letter, Matthew Rycroft said the policy’s value for money relied on it preventing illegal Channel crossings. He said while there wasn’t “sufficient evidence” of the scheme’s benefits, that did not mean it wouldn’t work.

The home secretary replied it would be “imprudent” to allow a lack of modeling to delay the scheme.

The exchange between Ms. Patel and her permanent secretary was published by the Home Office after it emerged she had issued a rare “ministerial direction” to push through the plans, meaning she takes personal responsibility for it.

Under the £120m scheme – which was announced this week – people deemed to have entered the UK unlawfully will be transported to the east African country, where they will be allowed to apply for the right to settle.

It has faced widespread opposition, with more than 160 charities and campaign groups urging ministers to scrap what they described as a “cruel” policy. It has also been criticized by opposition parties and some Conservatives.

The Archbishop of Canterbury Justin Welby used his Easter Sunday sermon to raise what he said were “serious ethical questions” about the scheme, before adding it was the opposite of the nature of God”.

In a letter to the home secretary dated 13 April last year, Mr. Rycroft said she had made it clear the “rationale” for the policy was to “break the business model of people smugglers while maintaining a fair and robust immigration and borders system”.

He acknowledged it was also to prevent the “tragic loss of life in the Channel”, deter “hazardous and illegal journeys to the UK” and tackles the £1.5bn per year cost of the asylum system to the British taxpayer.

The permanent secretary said while it was “regular, proper, and feasible for this policy to proceed” there was “uncertainty” over whether the plan would be value for money.

He said there were “potentially significant savings to be realized from deterring people entering the UK illegally” but the scheme’s value for money depended on how well it deterred people from making those journeys.

He wrote: “Evidence of a deterrent effect is highly uncertain and cannot be quantified with sufficient certainty to provide me with the necessary level of assurance over value for money.”

“I do not believe sufficient evidence can be obtained to demonstrate that the policy will have a deterrent effect significant enough to make the policy value for money.”

Mr. Rycroft said this didn’t mean that the scheme could not provide a deterrent – but said there was “not sufficient evidence for me to conclude that it will.”

In her response dated the same day, Ms. Patel said she understood it was not possible for the government to accurately model the scheme’s deterrent effect “from day one” but said she was “confident this policy is our best chance at producing that effect”.

The home secretary added it would be “imprudent” to “allow the absence of quantifiable and dynamic modeling – which is inevitable when developing a response to global crises influenced by so many geopolitical factors such as climate change, war, and conflict – to delay delivery of a policy that we believe will reduce illegal migration, save lives, and ultimately break the business model of the smuggling gangs”.