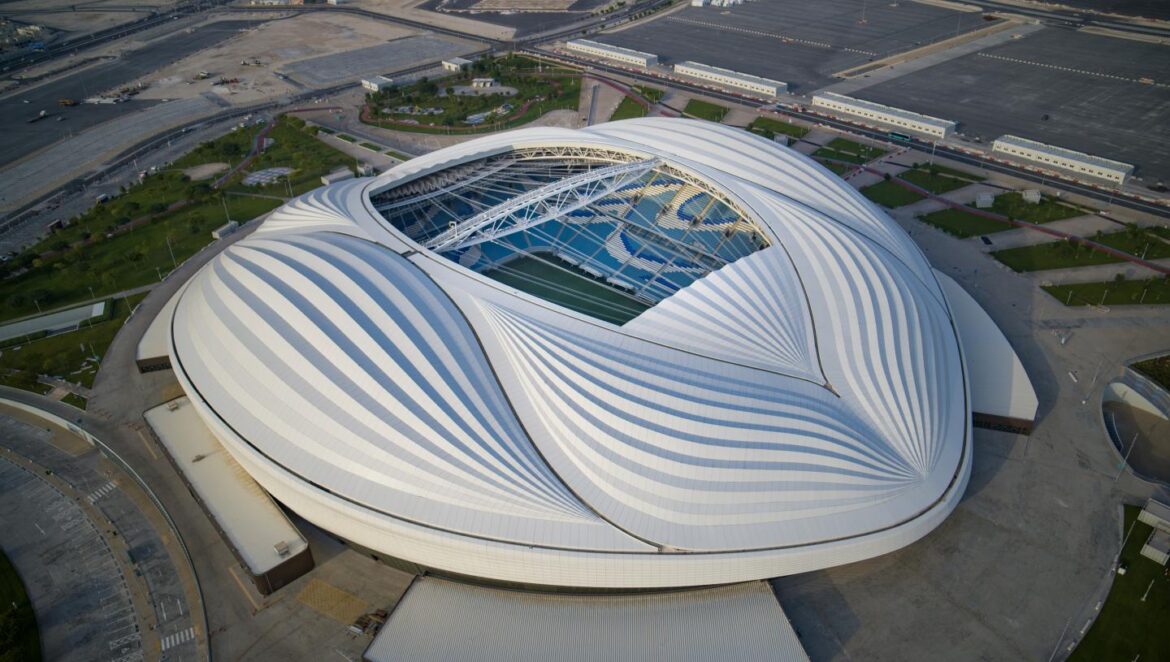 9 days only left to the world’s biggest football event, the FIFA World Cup. The sporting event comes with all the pomp and color and not forgetting deep pockets invested in the entire event.

This year’s tournament bill is being paid by Qatar for the most expensive World Cup ever held. The magnificent new stadiums have cost more than 6.5 billion US Dollars and are all ready for the November 20th Kickoff.

We take a look at the 8 stadiums that the World Cup matchest will be played on.

5 Group Matches to be played here including the opening match.
1 Round of 16 match
1 Quarter-Final match
1 Semi-Final match

The Al Bayt Stadium, which has a 60,000-spectator capacity, will host the opening match of the 2022 World Cup.

This stadium will host nine matches including the opener between Qatar and Ecuador on Nov. 20.

The venue took its name from “bayt al sha’ar”, the tents were used by nomadic people in Qatar and the Gulf region.

It is in Al Khor City, 35 kilometers north of Doha.

With its capacity of 80,000 spectators, the Lusail Stadium is the largest football venue of Qatar 2022.

Having gold panels to have an elegant look, the Lusail Stadium will host several matches including the final that will decide the winner on Dec. 18.

5 Group Matches
1Round of 16 match

The Al Janoub Stadium was designed by Zaha Hadid, a famous Iraqi-British architect who died in 2016.

Its roof was inspired by the sails of traditional sailing vessels and pearl diving.

The unique-designed stadium will host 2018 champions France for a match.

France will meet Australia in a Group D match on Nov. 22 at the Al Janoub Stadium.

The Education City Stadium can change its color with the sun’s movement across the sky. Its facade features triangles that form diamond-esque geometrical shapes.

5 Group Matches
1Round of 16 match

Located right on the edge of the desert, the Ahmad bin Ali Stadium was said to be inspired by local culture and traditions

“The intricate façade reflects the undulations of sand dunes while intricate geometric patterns reflect the beauty of the desert, native flora and fauna, as well as local and international trade,” the organizers said.

5 Group Matches
1 Round of 16
Match for Third Place

A multi-purpose stadium in Doha, the Khalifa International Stadium opened in 1976.

It hosted several major contests such as the 2011 AFC Asian Cup, 2019 FIFA Club World Cup, and the 2019 World Athletics Championships.

The Khalifa International Stadium has a 40,000-spectator capacity.

The Stadium 974 is the first temporary football venue in the FIFA World Cup history.

It was made from 974 recycled shipping containers.

5 Group Matches
1 Round of 16 match
1 Quarter-Final

The Al Thumama Stadium’s design is representing “Gahfiya”, which is a traditional Arab cap worn by men and boys.

The facade and roof is circular.