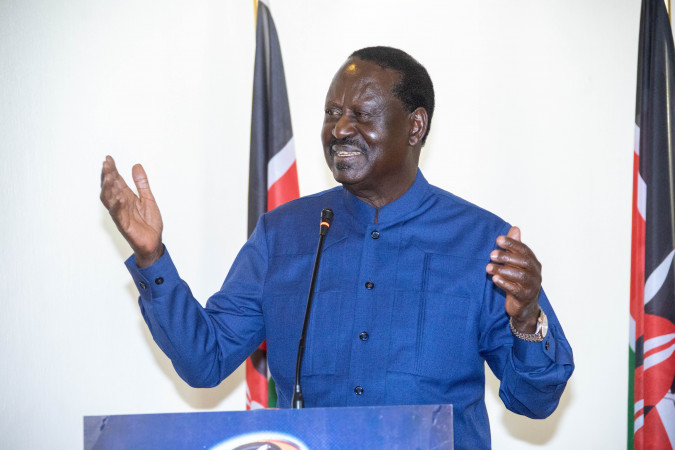 Raila Odinga, the Azimio presidential candidate, began his one-week tour of the United States with a meeting with Kenyans in Washington, DC.

Raila, who is accompanied by at least three governors, seven MPs, and a slew of Azimio leaders, laid out his vision for the country if he is elected on August 9.

Dennis Onyango, the former premier’s spokesperson, said on Sunday that the town hall meeting with Kenyans marked the start of a jam-packed schedule in the United States.

“This afternoon, Odinga will brief Kenyans in the United States on the state of the Kenyan nation, election preparations, and his post-election plans for Kenya,” Onyango said in a signed statement.

Raila arrived in the United States on Saturday for the tour, during which he will meet with top US government officials, senior members of Congress, and selected key African leaders.

Raila will meet with key corporate America figures on Monday.

The engagement will be followed by another high-profile meeting on Tuesday with top officials from the US administration’s Executive branch.

“The meetings with members of the Executive will be followed by another meeting with the legislative arm of the US government when Mr Odinga meets key US Senate and Congressional leaders on Capitol Hill,” Onyango said.

“In the interim, Mr. Odinga will meet with thought leaders at key Washington, DC think tanks such as the Atlantic Council and the Centre for Global Development.”

During Raila’s Tuesday engagements, he will meet with US corporations that have helped Kenya by increasing investment in the country.