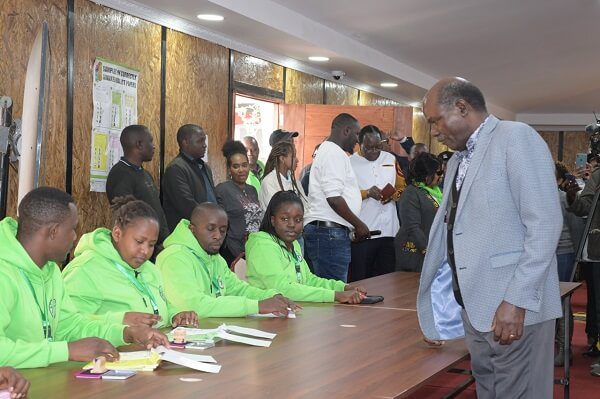 Following the suspension of the election, registered voters in the Rongai constituency of Nakuru county would not be allowed to select their chosen legislator.

This is after it emerged that the ballot papers were mixed with those of Kuresoi North and some were also missing.

It is still unclear what caused the mix-up or the way forward for the voters who had shown up at their respective polling stations. However, the voting process for other positions in the area is ongoing.

The disparity in the Rongai parliamentary elections was confirmed by Nakuru County IEBC Manager Joseph Mele, who also stated that voting had been momentarily delayed but did not provide many other details.

“Further communications will be provided by the IEBC headquarters in Nairobi. That’s all I have to say at this time,” he remarked.

A presiding officer at Mercy Njeri primary school stated that the discrepancy was discovered at 3 a.m. when they went to collect the ballot papers.

“We’ve been told the papers were mixed up with others. “Those are unconfirmed reports, and IEBC officials have not told us exactly what the problem is,” said the official.

Other reports indicate that the ballot papers were taken to Kuresoi South or Kuresoi North.” But those are reports that I cannot independently verify right now. “I’m waiting for IEBC to give us further instructions,” said an IEBC official.