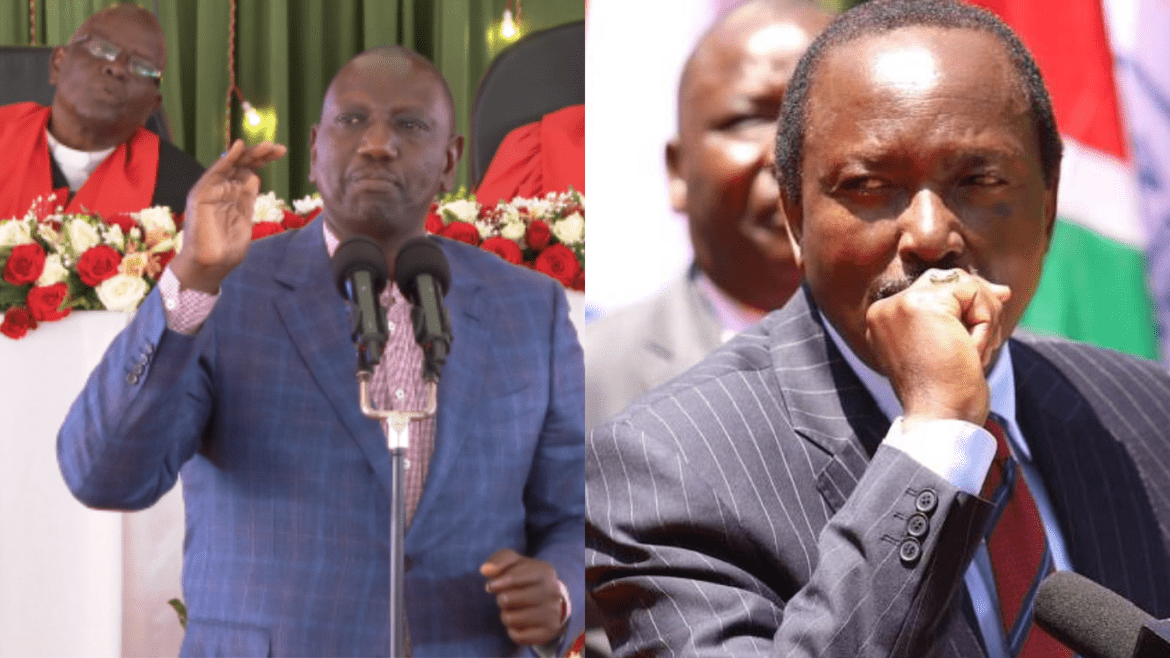 President William Ruto has stated that he has no problem working with Wiper Party leader Kalonzo Musyoka despite him supporting the Azimio coalition and not Kenya Kwanza.

This comes after a section of Ukambani leaders, led by Kitui governor Wavinya Ndeti pleaded with Ruto to welcome Kalonzo into his government.

Speaking during a church service in Kitui County on Sunday, the head of state said he is more than willing to accomodate Wiper party leader Kalonzo Musyoka into his government stating that he has tried to talk to him on the same issue but seems adamant and prefers to stay on the opposition side.

On the same note, deputy president Rigathi Gachagua said Kalonzo is fond of making bad political decisions and that they have tried to woo him into the Kenya Kwanza’s government but their efforts bore no fruits.

“We have no problem with Kalonzo Musyoka; we are waiting for him to decide what he wants because we don’t understand him,” he stated.

Gachagua further noted that Kalonzo played a huge role in garnering Ukambani votes for Azimio One Kenya Alliance during the general elections compared to Martha Karua who was chosen to be Raila’s runningmate. The Deputy President encouraged Ukambani leaders to advise Musyoka on his political decisions since he has continued to make political decisions that do not help the Ukambani people.

“These Ukambani people are good but they can’t remain in position permanently it’s not right because you people need the government,” Gachagua said.

This comes only days after Kalonzo pledged that the opposition will present a shadow cabinet to hold President Ruto’s government accountable. Kalonzo revealed that Raila Odinga, Azimio’s party leader, will create the shadow cabinet after he returns from India, saying that the coalition will undoubtedly perform its opposition role to the best of its ability and restrain government excesses.