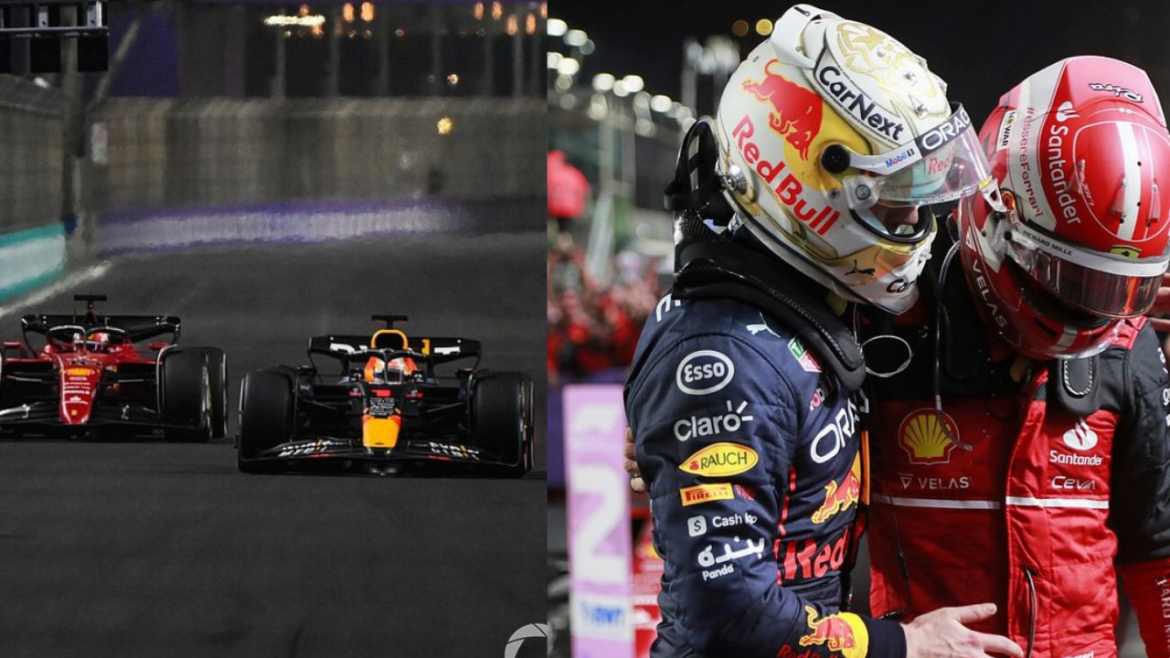 Max Verstappen overtakes Charles Leclerc with four laps remaining to get revenge in Jeddah; Verstappen and Leclerc benefited from unfortunately-timed Safety Car for Sergio Perez, who had led early; Lewis Hamilton 10th for Mercedes after fightback before setback

Max Verstappen outduelled Charles Leclerc to win the Saudi Arabian GP and get revenge on his rival following another spectacular battle between the Red Bull and Ferrari drivers to start Formula 1 2022.

After Sergio Perez lost his lead due to an unfortunately-timed Safety Car, the sport’s young stars went wheel to wheel in an epic finale to the race – a week after their Bahrain exploits – though this time Verstappen came out on top.

The world champion overtook Leclerc into Turn 1 with just four laps remaining to claim a vital first win of the season after his late DNF in the opener.

Carlos Sainz completed the podium in the other Ferrari, ahead of Red Bull’s Perez and Mercedes’ George Russell, whose team-mate Lewis Hamilton only managed a single point in 10th after a mixed evening.