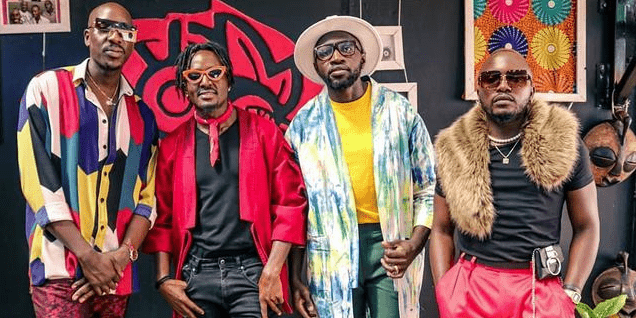 Sauti Sol have released the third single off the band’s Tujiangalie series. The new song dubbed “Tano Tena” focuses on the same issues as the rest of the songs although the title of the song is familiar to many Kenyans.

The visuals on the video feature campaign billboards in the city and shots of what appears to be an ultra-modern elevated highway.

The Tujiangalie series kicked off with that band’s collaboration with award-winning rapper Khaligraph Jones on the song “In My Head.” The second song called “Girls On Top” released earlier in the week features Brandy and Maandy which gives voice to women.

Nviiri and Bensoul are part of Sauti Sol’s Sol Generation and have collaborated with the group before including on hit songs such as “Extravaganza” and “Nairobi.”

The song has got most Kenyans reacting and here are some of the comments;
Cynthia M. said:

Another masterpiece! These guys never miss. I hope we all keep these words in mind while making our decisions next week!
Joan Izrael said:

I like the way you guys always speak on our behalf. At least you feel the oppression. Kudos to you. You have my 100% support.

Can we all agree that Sauti Sol is a revolution??

The award-winning group is hoping the subsequent songs in the series and the meaning behind them will help remind Kenyans to make better and more informed electoral decisions ahead of the elections scheduled for this month.