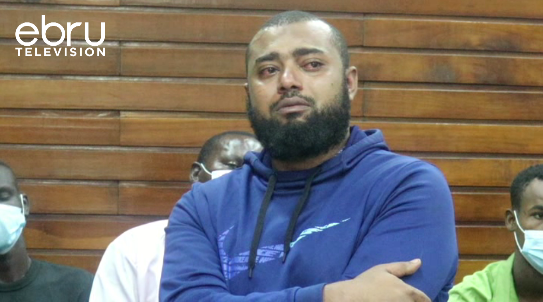 A director of a firm dealing in the sale of Scrap Metal was today charged with Kshs 155,471,597 Tax evasion.
The accused, Habib Ahmed, was charged alongside the Firm, Masuti enterprises Limited, that on diverse dates between June 30th June 2016 to 30th June 2018, within the Republic of Kenya, being the director to the firm, jointly with others not before Court failed to pay to the Commissioner of Domestic Taxes, Income Tax for the Company amounting to the said amount.
The accused who was arraigned before Mombasa Chief Magistrate Ms Martha Mutuku denied committing the offence and he was released on a Cash bail of Kshs 1 Million with an alternative of Kshs 2 Million surety Bond.

According to Kenya Revenue Authority’s Investigation and Enforcement Department, the Company was investigated by KRA, after being profiled as one of the companies that deals in sale of Scrap metals.

The Investigations established that the company had made sales amounting to Kes. 337,981,732 between the period 2016-2018 but never declared income or paid income tax from sales proceeds. Further, the company never filed income tax returns.
The case will be Mentioned on 12th July 2022.