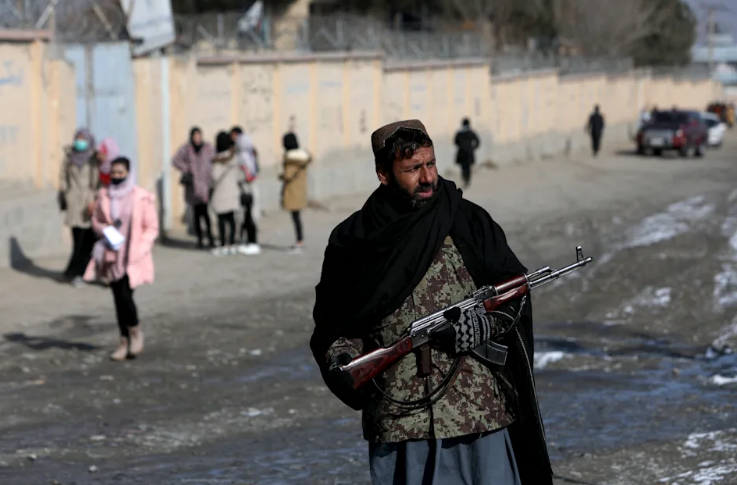 The Taliban has ordered all-male government workers to grow beards or risk being fired, it has been reported.

The hardline government, who took over Afghanistan in 2021, has also instructed workers to adhere to a strict traditional dress code consisting of a long, loose top and trousers, and a hat or turban.

Sources told Reuters that representatives from the Ministry for the Propagation of Virtue and Prevention of Vice were patrolling the entrances to government offices on Monday to check employees were following the new orders.

Employees have been instructed not to shave their beards and to wear local clothing.

They were also told to ensure they prayed at the correct times, two of the sources told agency.

Workers were told they would from now on be unable to enter offices and would eventually be fired if they did not meet the dress codes, they added.

A spokesman for the public morality ministry did not respond to a request for comment.

Last week, the Taliban banned women from taking flights without a male chaperone and failed to open girls’ schools as promised.

On Sunday, it ordered parks to be segregated by sex, with women allowed to enter three days a week, and men the other four days, including the weekend, meaning even married couples and families cannot visit together.

A Taliban administration spokesman had previously said that women traveling abroad for study should be accompanied by a male relative.

The Taliban say they have changed since their previous rule from 1996 to 2001 in which they barred women from education, work or leaving the house without a male relative. They say they are allowing women their rights in accordance with Islamic law and Afghan culture.

However, the closure of high schools along with some restrictions on women in work and the requirement that women have a chaperone for long-distance travel has drawn criticism from many Afghan women and rights groups.

It was not immediately clear whether the restrictions on air travel would allow any exemptions, for example in emergencies or for women with no living male relatives in the country and whether it applied to foreigners or women with dual citizenship.

The Taliban administration has drawn criticism at home and from Western governments for forcing its hardline interpretation of Islamic law onto all Afghans.

The Taliban say they will respect everyone’s rights in line with Islamic law and Afghan customs and that they have changed since their 1996-2001 rule, when they barred women from leaving the house without a male relative and forced men to grow beards.

Wednesday’s u-turn on girls’ schools led to protests from the international community, including the US, which pulled out of planned meetings with Taliban officials in Qatar to discuss key economic issues.

The international community has so far not officially recognised the Taliban administration and enforcement of sanctions has crippled the country’s banking sector, which combined with slashed development funding has plunged the country into a humanitarian crisis. SOURCE: YAHOO NEWS