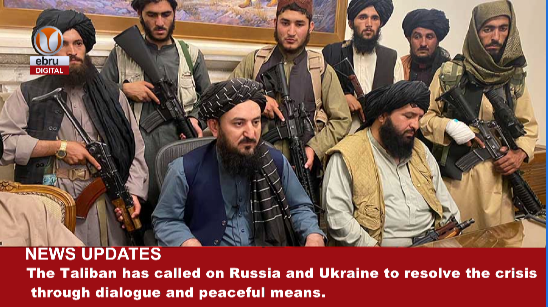 The taliban has this morning issued a statement in regards to the Russia- Ukraine conflict currently being witnessed. It has been 6 months since the group took over the Afghan government after the last US troops left the country after over 2 decades in the country in peacekeeping missions and efforts to stop the terrorist group.

Taliban fighters overran the capital, Kabul in a matter of days and took over the presidential palace. The Taliban leaders said they will hold talks with Afghan officials to form an “open, inclusive Islamic government.”

Amidst tension and fighting in several of Ukrainian cities today, the Taliban statement read:

“The Islamic Emirate of Afghanistan is closely monitoring the situation in Ukraine and expresses concern about real possibility of civilian casualties. The Islamic Emirate calls for restraint of both parties. All sides need to desist from taking positions that could intensify violence.

The Islamic Emirate of Afghanistan, in line with its foreign policy of neutrality, calls on both sides of the conflict to resolve the crisis through dialogue and peaceful means.

The Islamic Emirate also calls on parties to the conflict to pay attention to safeguarding the lives of Afghan students and migrants in Ukraine.”