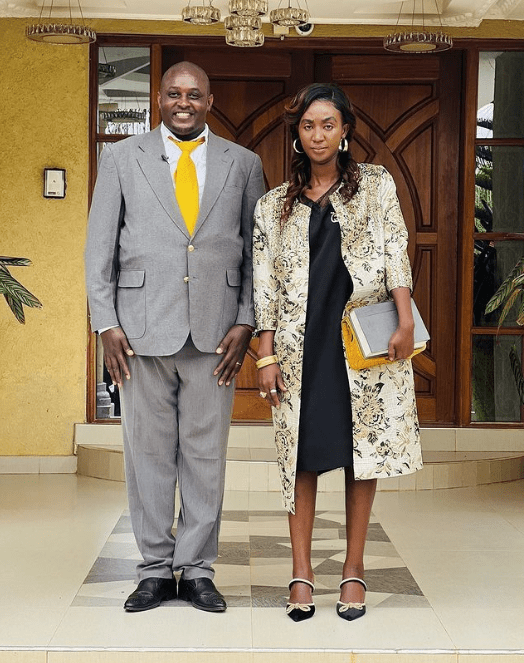 The video starts with Terence and Mammito rehearsing the oath-taking lines and Terence is seen to quickly go ahead of himself but is later unable to continue not knowing what to say.

Mammito asks Terence to repeat the oath again and again to an extent that she comes up with a mnemonic of the words he ought to say.

However, the training is ultimately ineffective because the “Deputy President” continues to misread his oath.

During the inauguration ceremony, Rigathi Gachagua was forced to repeat the oath after he skipped some words.

While administering the oath of office, Judiciary Chief Registrar Anne Amadi requested Gachagua to repeat the oath after the deputy speaker skipped some lines.

“I Rigathi Gachagua swear that I will always…” the DP read out, repeating after the Chief Registrar.

Amadi had to repeat the words several times for Gachagua to grasp and continue with his oath-taking.

However, Gachagua deviated from the script again, going ahead to read subsequent sentences before Amadi asked him to. The Registrar of the Judiciary had to ask him to re-take the entire oath.