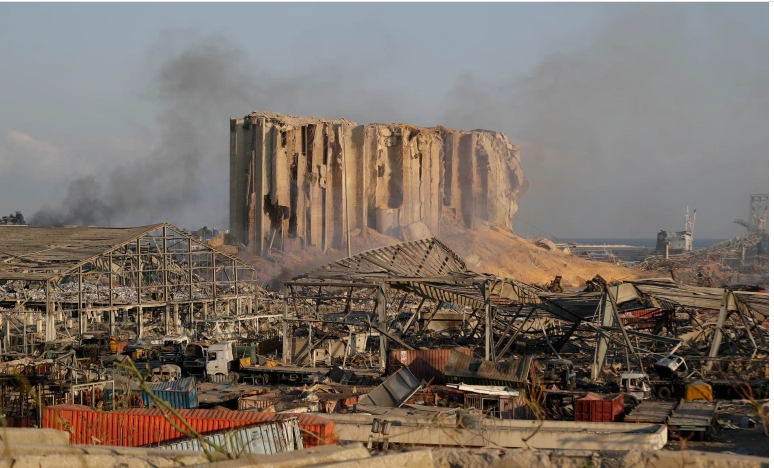 A new report makes the case that disasters are interconnected and that piecemeal solutions will continue to fall short.

Given the ever-increasing frequency of severe weather events, human-made catastrophes and epidemics, piecemeal and fragmented responses will fail to address root causes and may in fact compound the challenges, a new United Nations report argues.

The Interconnected Disaster Risks (PDF) report analyses 10 disasters of 2020 and 2021, including the Amazon wildfires, the Beirut explosion, and the cold wave in Texas in the United States among others, and makes the case that solving such problems will require addressing their root causes rather than surface challenges.

“If we keep trying to manage disasters as isolated events, we will fail,” Jack O’Connor, senior scientist at the United Nations University’s Institute for Environment and Human Security, told Al Jazeera.

“Unless we change our approach to not only ask ‘what’ happened when investigating disasters, but also ‘why’ they happened, any preparatory measures we devise will not be enough,” said O’Connor, who is the lead author of the report.

To illustrate how disasters are far from localised, the report notes that the Amazon’s human-made wildfires led directly to 2,195 people being hospitalised in South America. But in total, 4.5 million people worldwide were affected by the harmful levels of air pollution.

Disasters can also compound each other.

Last August in Beirut, Lebanon, 2,750 tonnes of ammonium nitrate detonated, causing 200 deaths, 6,000 injuries and up to $4.6bn in damage to local infrastructure.

That disaster further exacerbated the coronavirus pandemic outbreak in the country as already overwhelmed hospitals were hit by a wave of injured people.

And the COVID-19 pandemic in the border region of India and Bangladesh, where almost 50 percent of the population lives under the poverty line, made it extremely difficult to prepare for Cyclone Amphan.

Global disasters – whether in Texas or Beirut – should no longer be viewed in isolation, the UN University report says.

Disasters are also interconnected, the report argues, using the example of the link between the Arctic heatwave and the Texas cold wave.

In 2020, the Arctic experienced the second-highest air temperatures on record – a development that could lead to extreme cold spells and heatwaves in Europe and North America.

The February 2021 Texas cold wave left some four million people without electricity in a US state ill-prepared for freezing temperatures.

If kept at current levels, greenhouse gas emissions will continue to warm the Arctic, and climate shocks will become more frequent.

The coronavirus pandemic has illustrated just how hyper-connected society truly is, and has proven that no borders can contain disasters.

Other disasters the report examines include Central Vietnam floods; Chinese paddlefish extinction; the global COVID-19 pandemic; the Arctic heatwave; Cyclone Amphan; the Great Barrier Reef bleaching in Australia, and the desert locust outbreak in East Africa, the Middle East and the Indian subcontinent.

The report underscores the need to reduce human greenhouse gas emissions, as it found they were the root cause behind seven of the 10 events the UN University examined. Slowing down climate change to protect biodiversity and give ecosystems a chance to recover from the damage done is also critical.

For instance, a paddlefish fish going extinct in China is part of a larger, global freshwater fish extinction, O’Connor said.

“This interconnectivity of causes and impacts is the answer to the question ‘Why should I care?’ If we don’t address the role we play in fuelling these disasters, then sooner or later they will arrive on everyone’s doorstep,” he told Al Jazeera.

Superficial solutions that address only the tip of the iceberg rather than the underlying root causes of disasters are bound to fail, the report emphasises. Half measures are also more likely to make the challenges worse and to bring additional risks.

“The answer has its roots in governance, inequality and personal attitudes and behaviour. It’s connected to all of us,” O’Connor said.