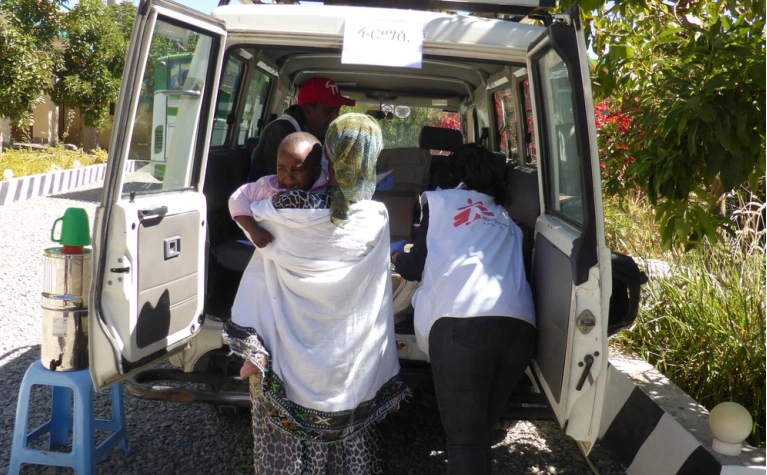 Medical charity expresses shock and sadness over the killing of three of its staff in the embattled northern Ethiopian region.

The group said in a statement emergency coordinator Maria Hernandez, assistant coordinator Yohannes Halefom Reda and driver Tedros Gebremariam Gebremichael were travelling on Thursday afternoon when it lost contact with them. On Friday morning, their bodies were found a few metres away from the vehicle they were using, MSF said, without providing details about the exact location.

“We condemn this attack on our colleagues in the strongest possible terms and will be relentless in understanding what happened,” MSF added.

“No words can truly convey all our sadness, shock and outrage against this horrific attack, nor will it soothe the loss and suffering of their families and loved ones to whom we relay our deepest sympathy and condolences.”

The deaths of Spanish national Hernandez and Ethiopian nationals Reda and Gebremichael were “a devastating blow to all of us who are part of the organisation both in Ethiopia and in the other countries where MSF operates around the world”, the statement said.

No other details were immediately available.

On November 4, 2020, Ethiopian Prime Minister Abiy Ahmed ordered a ground and air offensive campaign in Tigray, after blaming the region’s then-governing party, the Tigray People’s Liberation Front (TPLF), for attacks on federal army camps. The TPLF, which dominated national politics for decades until Abiy came to power in 2018, said federal forces and its longtime foe Eritrea launched a “coordinated attack” against it.

Abiy declared victory in late November with the capture of the regional capital Mekelle. Fighting, however, has continued amid fears of a protracted conflict with devastating effects on the civilian population.

The exact death toll in the conflict remains unclear, but thousands of people are believed to have been killed, with at least two million displaced. Residents of Tigray, home to nearly six million people, have described massacres, widespread sexual violence and indiscriminate killings of civilians.

Earlier this month, the United Nations said about 350,000 people are facing famine conditions due to “catastrophic” food shortages, with another two million “just a step away”.

The news of the killing of the MSF staff sparked an outpouring of grief on social media.

“Shocked, appalled and saddened by the tragic news of the killing of three MSF colleagues in #Ethiopia,” tweeted Robert Mardini, director general of the International Committee of the Red Cross. “This is unacceptable.”

“Horrified to hear about the brutal murders of three  MSF staff members, who were doing incredibly courageous+important work to serve communities affected by war in Tigray,” Sawyer wrote on Twitter.

At the time, a statement attributed to MSF’s head of emergency programmes Karline Kleijer described how Ethiopian soldiers stopped the MSF car and two public transport minibuses driving behind it, forcing the passengers to step out of them.

“The men were separated from the women, who were allowed to walk away. Shortly afterward, the men were shot,” the statement said.

“The MSF team was allowed to leave the scene but saw the bodies of those killed on the side of the road.”