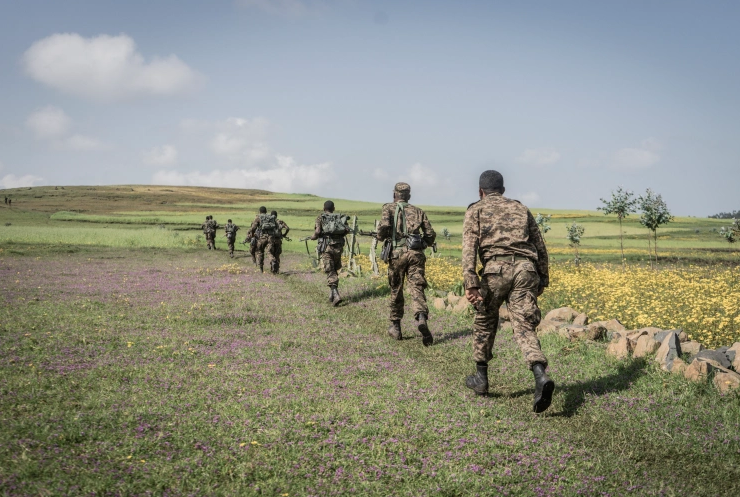 Tigrayan rebels have killed more than 150 civilians in the Amhara region on suspicion of being informants or offering aid to federal forces, the government-affiliated Ethiopian Human Rights Commission said in a report.

The investigation, published on Saturday, which draws on 128 interviews, focuses on parts of Amhara which saw heavy fighting in July and August between fighters from the Tigray People’s Liberation Front (TPLF) and Ethiopian soldiers as the country’s brutal conflict enters its second year.

At least 184 civilians died as a result of the bloodshed, the EHRC said, accusing TPLF fighters of “willfully (killing) scores of civilians in towns and rural areas they captured”.

Civilians were shot and killed for supporting the federal government or for sheltering wounded soldiers, the commission said.

“TPLF forces shot and killed mentally ill residents of towns they controlled on suspicion of being informants for the government,” it added.

Local youth meanwhile killed people who had fled war-torn Tigray, accusing them of spying for the TPLF, the commission said.

“Additionally, both warring sides engaged in indiscriminate shelling that was not directed at a specific military objective, causing civilian deaths, injuries and damage to civilian property.”

EHRC chief commissioner Daniel Bekele said that “violations and abuses committed by all parties in South Gondar and North Wollo Zones of the Amhara region underscores the need to put an urgent stop to the continued suffering caused to civilians”.

Though the 2019 Nobel Peace laureate promised a swift victory, by late June the TPLF had retaken most of Tigray before expanding into Amhara and Afar.

As the humanitarian toll has spiked, bringing reports of massacres, sexual assaults and a starvation crisis, rights groups have sounded the alarm.

Human Rights Watch said on Wednesday that the Abiy government’s “effective siege” of Tigray – where Ethiopian and Eritrean soldiers are accused of mass rapes – was preventing survivors from getting health care and other critical services.

The same day, Amnesty International said Tigrayan rebels had raped, robbed and beat up women during an attack on a town in Amhara.

The TPLF criticised Amnesty’s “disturbingly flawed methodology” but said it would conduct its own probe, adding: “If our investigation discovers that Tigrayan fighters have in fact committed such crimes, the government of Tigray will bring the perpetrators to justice.”

A joint investigation by UN rights chief Michelle Bachelet’s office and the EHRC published last week found evidence of “serious abuses” by all sides, saying some violations may amount to crimes against humanity.

The TPLF, which did not respond to Saturday’s report, dismissed the earlier findings as biased because of the EHRC’s involvement, while calling for independent investigations into rights abuses.

Abiy’s government has said it is committed to holding perpetrators of abuses accountable.