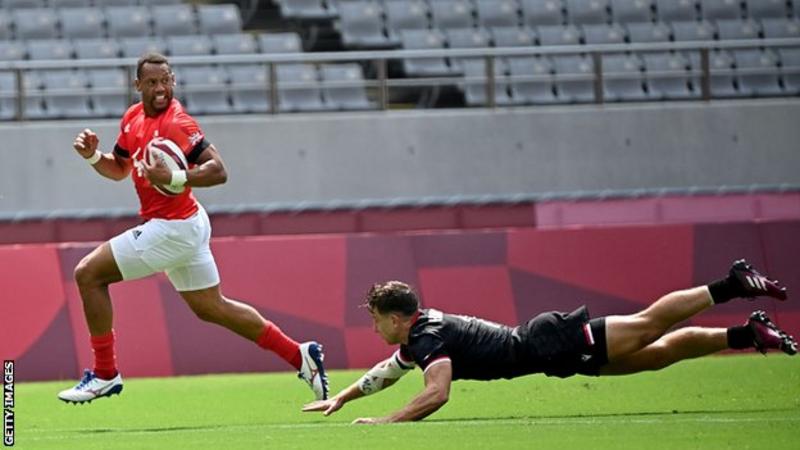 Great Britain’s men began their rugby sevens campaign with a convincing 24-0 win over Canada in their Pool B match at the Tokyo Olympics.

They will face Japan later on Monday.

Defending champions Fiji – whose victory four years ago was their country’s first ever Olympic medal – earlier beat the hosts 24-19.

The 12 teams are split into three groups of four, with the top two sides and the two best third-placed teams qualifying for the knockout stage.