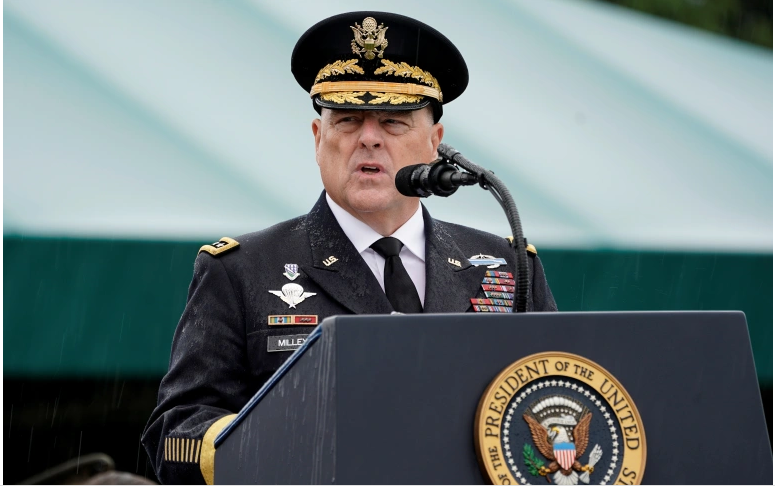 The chairman of the Joint Chiefs of Staff in an interview with Bloomberg TV called “the test of a hypersonic weapon system” – first reported by the Financial Times last week – a “very significant technological event that occurred”.

“I don’t know if it’s quite a Sputnik moment, but I think it’s very close to that,” he said in the interview that aired on Wednesday, referring to the Soviet Union’s launch of a satellite in 1957 that signified their substantial lead in the so-called “space race” with the US that defined that era.

Like the Sputnik launch, analysts have said China’s test could launch a continuing technological race between the superpowers into hyperdrive.

Last week, the Financial Times reported that China had conducted not one, but two tests of a new hypersonic weapons system, which analysts said can deliver payloads extremely quickly, evade modern radar systems, and likely far outstrip current US capabilities.

The newspaper reported that on July 27, Beijing launched a rocket that employed a “fractional orbital bombardment” system to propel a nuclear-capable “hypersonic glide vehicle” around the Earth for the first time.

On August 13, China conducted its second hypersonic test, according to the newspaper, which described US officials as “stunned” and “struggling to understand” the capabilities of the new technology.

Milley’s comments represent the most substantial public acknowledgement yet from a US defence official on the tests and their implications. Following the initial reports on the tests, US President Joe Biden had said he was concerned by the development.

Beijing, for its part, has denied it was testing a hypersonic weapon, instead saying the test was of a reusable “space vehicle”.

Changes in ‘character of war’

In the Bloomberg interview, Milley said the US is also “clearly experimenting, and testing and developing technologies to include hypersonic, artificial intelligence, robotics – a whole wide range”.

Days earlier, the Pentagon announced it had conducted three tests on components that will inform the development of a US hypersonic weapons system.

However, on Tuesday, the head of major defence contractor Raytheon warned that the US is at least “several years behind” developing the technology tested by China.

Milley added that China’s technology and weapons capabilities were “expanding rapidly”, and that the US would have to adapt.

“Now, if you take a step back, what we’re in history-wise, we’re in one of the most significant changes in what I call the ‘character of war,’” Milley said. “We’re going to have to adjust our military going forward.”