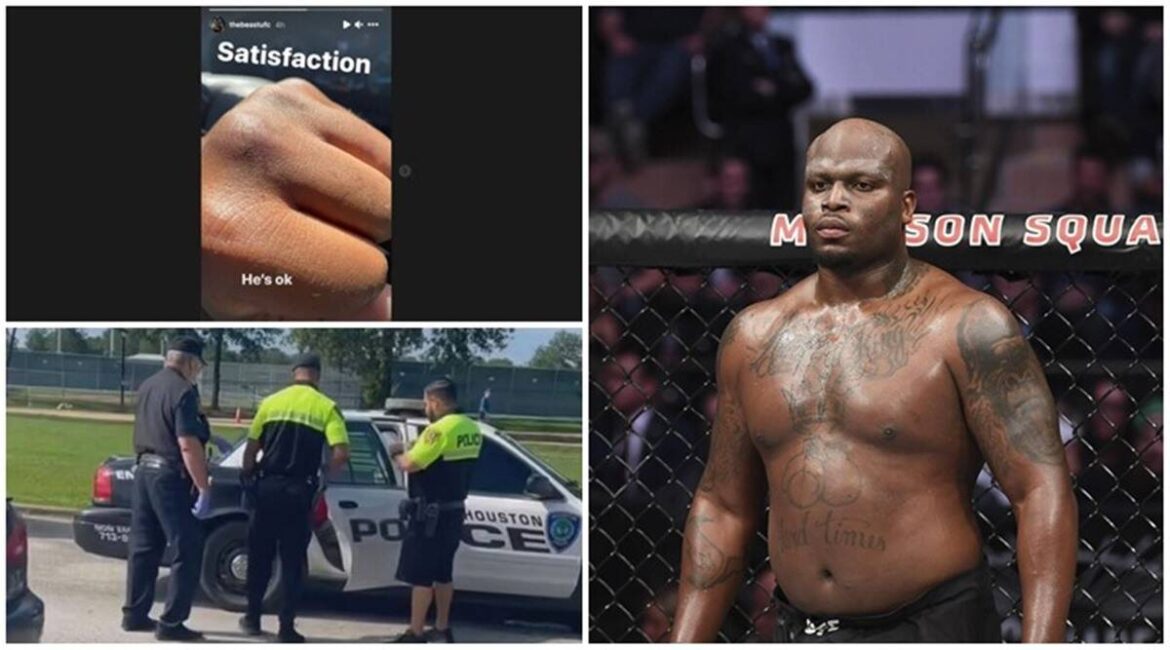 UFC heavyweight Derrick Lewis is probably one of the few people whose car one should attempt to steal. However, on Tuesday a thief did try to break into his SUV at around 9:30 AM local time in Houston but was knocked out by the 36-year-old.

Lewis, who is expected to take on Francis Ngannou for the UFC Heavyweight Championship, told Houston police that after his workout when he was making his way back to the vehicle, he heard banging noises and discovered the alleged thief.

Lewis then went on to film the aftermath of the incident on his Instagram page. Thereafter the alleged thief was taken to the hospital for treatment and was taken into custody on Tuesday afternoon.

“Mr. Lewis says he went over to the suspect, struck him, placed him onto the ground until the police arrived. That’s the nicest way to put it,” said Jodi Silva, a public information officer for the Houston Police Department, to MMA Fighting.

Lewis, a Louisiana native who resides in Houston, is expected to be the first challenger for recently crowned heavyweight champion Francis Ngannou. UFC President Dana White has said that he expects the pair to fight each other soon.

Lewis holds an impressive 25-7 record in MMA and has won his last four fights. In fact, he has also previously defeated Ngannou back in 2018.

Speaking at UFC 262 earlier this month, Lewis said he disliked Ngannou because he made him ‘look fat’.